Explained: how to take advantage of China's growing agri-insurance industry 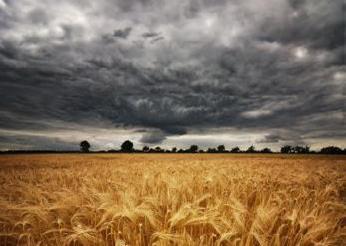 China represents approximately 8% of the world’s arable land and almost 20% of the global population. State farms employ over 315m staff and workers and agriculture accounts for 10% of gross domestic product. China produces more fish from aquaculture as well as fruits than the rest of the world combined, approximately half the world’s pig meat, 30% of global rice and 20% of global wheat tonnage.

In China, greater levels of production are needed while land and water resources remain limited. Expanding urbanisation has not only caused a decline in agricultural land but has been responsible for a decreasing and aging rural population.

According to Chinese government estimates, grain production needs to increase by one third. Other food stuffs will, likewise, have to increase as demand in the next decade for meat (+10%), eggs (+26%), vegetables (+33%), seafood (+37%) and milk (two-fold) is expected to increase.

Investment and (re)insurance China is investing heavily in its agriculture industry, not only to raise production and increase food security, but also to maintain and develop the political, economic and social stability of rural China. These agri-industry investments include research and development of seeds/breeds and other inputs; enforcing animal health regulations; free animal immunisations; financial awards for local governments for high quality farming operations; tax breaks and waivers of 25% corporation tax and grants for machinery and modern agri-infrastructure.

In addition to these investments, a public-private partnership (PPP) agri-insurance scheme was introduced in 2007. This scheme is predominantly in the form of premium subsidies and is funded by central and provincial governments at an estimated cost of 1% of total government agri-industry investment. Globally, agri-insurance subsidies have proven to be an effective means to promote agricultural insurance and are an attractive alternative to ad hoc post-disaster government support. An agri-insurance market in China has existed since the early 1950s but the introduction of government premium subsidies was the kick-start to dramatic growth. Chinese agri-insurance growth has been strong with an increase of 36% p.a. between 2010 and 2013.

Central and provincial governments in China have promoted the development of new products which now include pilot schemes for weather indices, price protection and aquaculture. Insurance is available for the three largest crops (rice, wheat and corn) as well as a further five or six other main grain and oil crops, approximately 20 cash crops (ranging from those used in Chinese medicine to cotton and sugarcane) and a significant number of horticultural crops covering a myriad of vegetables, fruits and flowers.

Further growth of agri-insurance in China is likely due to increasing penetration, expanding product scope and territories in addition to increasing sums insured. Such growth is not always mirrored in the reinsurance market and premium volumes depend on insurers’ retention and reinsurance buying appetite with regard to proportional or non-proportional cover. The presence – or otherwise – of alternative risk transfer vehicles, such as local government cat funds, captives and agri-pools, is also a factor.

Currently, the Chinese government efforts are focused on the development of basic insurance protection at the farmer level which mostly comprises yield-based multiple-peril crop insurance. This provides the farmer with an indemnity when the realised crop yield is below an agreed predetermined level. In China, the sum insured usually represents 30-40% of production costs for most crops with the trigger point set as the local community’s average yield. For crops, coverage typically encompasses systemic perils such as drought, flood, some pests, typhoon, frost and diseases, depending on the province. Livestock coverage includes animal mortality for a fixed value and includes contagious disease. Product innovation and value-added service are a strong help to insurers as regards the allocation of areas by provincial governments.

The bottom-up provincial government approach to developing agri-insurance products results in a breadth of products reflecting regional differences in agricultural plants and animals, infrastructure and market conditions. New products are being developed and include pilot schemes for weather indices, pig-sow indices and aquaculture. In the longer term, insurance is likely to diversify further in order to protect wider agriculture industry risks in addition to pure production risk. These could include price, logistics, credit, food safety and product liability across the various stakeholders in the agri-supply chain. The pace of agri-insurance growth to date has largely been dictated by the cost of government subsidies. The initial development of agri-insurance was to protect the small-scale farmer and to develop and safeguard production. With government subsidies, the insurance products offer value to the farmers such that demand is strong across all sizes of farming operations. Currently, approximately 60% of China feed pigs are produced by large-scale farms.

While the protection of small scale farmers’ livelihoods has been a key driver for the Chinese government’s development of an agri-insurance scheme, the government is also focused on modernising agriculture. This is not simply to meet a desire for self-sufficiency and protect against price shocks in a global market but to meet the rising demand within China for higher quality and safer food products. Food safety in China has become increasingly topical following a number of scandals in the milk, rice and fast food industries.

KFC China was recently caught in a second food scandal within eight months. At the time, the incident was a leading news story on Chinese social media platform, Weibo, which was inundated with complaints about the fast food industry. This indicates greater awareness, driven largely by the burgeoning Chinese urban middle class, of the provenance, quality and safety of food products which are increasingly bought processed and packaged from supermarkets rather than traditional markets.

With increasing production, the agri-industry will become more commercial, large scale and vertically integrated and employ more machinery and advanced farming practices. Small farm holdings will not be eliminated and the government does not want to overhaul rural land rights (especially if it is at the detriment of small scale farmers). Some level of reform is, however, likely to promote larger-scale commercial farming. This is evident in the livestock industry with major multinational agri-businesses such as Beidahuang, Shuanghui International, Huilong, Fujian Sunner Development and Tyson Foods, among others, expanding their operations.

Tyson Foods (the world’s second largest processor and marketer of chicken) is building 90 chicken farms – each including ventilated buildings the size of football pitches with a capacity for hundreds of thousands of chickens – due for completion in 2015. These will supply its processing plants with exclusively company broilers and give the agri-business direct oversight of production and biosecurity measures. For example, the chicken houses are covered and provide protection against disease, such as bird flu, from migrating birds. Staff uniforms and delivery trucks can be disinfected and video cameras used for surveillance. Infrastructure in the form of roads, bridges and electricity lines is sometimes needed and in some instances its development has been by the agri-business, thereby creating an immensely complex project.

There are a number of avenues for growth of Chinese agri-insurance given the gradual shift in the structure of the agri-industry. Agri-insurance demand from larger agri-businesses suggests more bespoke and vertically integrated products and the inclusion of non-production agri-risks such as revenue and distribution. The Chinese government is likely to continue expanding PPP agri-insurance schemes for the small-holding farmer but an increasing amount of livestock and horticultural produce and, to a lesser extent, main and cash crops, will be produced by large agri-businesses. Aspen Re has considerable global experience in the development of agri-products and schemes and has leveraged this expertise to provide objective analysis and advice in Chinese agri-reinsurance where it has been a committed underwriter since 2009.

William Moss is a specialty lines underwriter at Aspen Re, based in Singapore