As urbanisation increases in emerging markets, how will this affect (re)jnsurers? 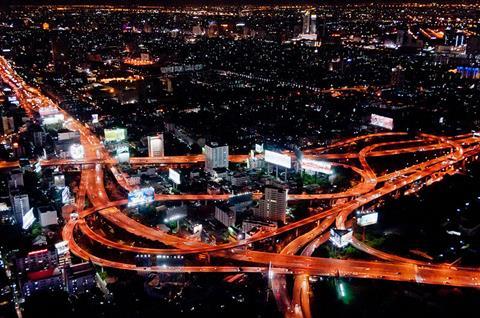 If much of human history has been dictated by cities, our future will be defined by the megacity.

Usually defined as an urban area with a population of more than 10 million, there are 35 megacities in the world, and the global trend towards urbanisation and bigger cities shows no signs of stopping.

Having so many people in urban areas poses unique risks for the population, their governments and for the insurers and reinsurers that cover them – especially in fast-growing megacities in emerging economies. But what are the biggest of these risks, and how could (re)insurers need to approach doing business in these emerging megacities?

Megacities and urbanisation are redefining how humans live, and the spread of this is only predicted to increase, especially in emerging markets.

When it comes to these economies, it is clear that some regions are more likely than others to support the megacities of the future.

At the moment most megacities are in Europe and the USA, but the biggest are in Asia and Latin America, says Swiss Re head of catastrophe perils Andreas Schraft.

Africa will also support megacities, but from an insurance point of view these will take 20-30 years to develop, he says.

“The short answer is: the future of megacities is southeast Asia and China,” adds Schraft.

Many megacities in emerging markets are marked by low insurance penetration. Yet these cities can be particularly susceptible to risks, and these can be different to those that face smaller cities and towns.

The first of these is the greater impact of natural catastrophes on these massive urban areas.

Another issue is that many megacities, despite their size, are poorly prepared to cope with natural catastrophes.

“A lot of risk is relatively poorly protected because these megacities have grown very quickly with economic development in mind and with a lot of people migrating to cities from the countryside to earn money,” says Schraft. “But natural catastrophe risk is often an afterthought.”

Another risk to megacities is that many are located in areas prone to natural catastrophes in the first place, such as along coasts and on rivers.

Yip says that, by 2050, eight of the world’s top 10 cities exposed to coastal flooding will be located in Asia. Additionally, the top 15 cities in south-east Asia have $300bn at risk from natural and man-made disasters.

But an additional peril posed by megacities is the incredible density of people in a very small area.

“That leads to a concentration of knowledge,” says Schraft. “It also leads to a lot of damage in a small space and makes it hard to rebuild the city.”

Yet another risk posed by megacities comes from the increasing interconnectedness of people and services into wider and more extended networks.

“Cities are networks themselves, and they also depend on networks such as financial services centres, the telephone grid and so on, which are often centred in cities,” explains Schraft.

“Any disaster in a city will create more disaster than in the countryside. A ripple effect will come from the disruption of these networks. Damaging a city can mean severe damage to an entire country.”

Another issue is the rapid growth of many megacities in emerging markets and the strain that puts on infrastructure.

Many megacities have high numbers of previously rural poor that have flocked to the city in search of a better life.

“Those people often come in very quickly into a place that doesn’t have the infrastructure and city authorities don’t have the instruments of state to handle them,” says Holt.

“For example, borders may be porous, the authorities may not have the ability to raise revenues, the judiciary may be ineffective and the city might not have a decent and acceptable level of policing.”

Emerging megacities may also not have decent sanitation or healthcare, Holt adds.

He adds that cities such as Sau Paulo already face some these problems, and have areas where criminal cartels and gangs have fully usurped the power of the state.

But the rapid growth of megacities can lead to the infrastructure that is built being inherently riskier than those of more developed economies.

“There is an urban building boom on in the emerging world as the populations of these countries modernise and improve their standards,” says Thornton Tomasetti associate principal Nicholas Hyatt.

“However, in the rush to develop are they building on solid foundations or are they going to repeat the mistakes of the past, and make new ones?”

Many emerging economies are copying the building techniques and designs of the developed world, but this creates problems if regulations, building codes, skilled workforces and quality control are not in place to support this.

“We have seen numerous example of how this leads to disaster,” explains Hyatt.

“Consider the massive disruption that was caused by hurricane Sandy three years ago in New York, in a city with developed emergency response plans,” says Hyatt. “In a similar situation where infrastructure and planning are not in place, flooding is likely to lead to massive disruption, property loss, and loss of life.”

He adds that the recent spate of fires in Dubai skyscrapers, largely attributed to the use of aluminum composite cladding panels, would not have happened in areas with more developed fire codes.

Hyatt is clear that the advancement and development of the emerging world creates jobs and better living standards across the world, but that development is happening faster than the standards to support it.

“The next twenty years are likely to see amazing developments, unfortunately combined with horrible tragedies,” he adds.

Aside from the physical and social risks posed by megacities, these conurbations also pose risks to businesses.

One of these risks is that the governance and regulation of megacities may be too lax to guarantee the protection of supply chains, according to Holt.

“Businesses need a form of regulation that is legitimate, workable and visible,” he says.

“Businesses also need to understand the legal frameworks and make sure they will be enforced.”

But Holt adds that in some megacities, crime may affect businesses through extortion.

“In city states there could also be business appropriation,” he says. “These risks exist today and will continue.

But many megacities are also engines of economic growth, leading to a gap between the haves and the have-nots.

“The challenges that emerge from that, when you mix politics and crime, you will find that the rich self-fortify and the poor end up in slums,” says Holt.

This can lead to disenfranchised youths being seduced by extreme ideologies, a problem which modern megacities amplify by the larger numbers of potential recruits and the ability to communicate more easily through the internet.

All of these business risks posed by megacities apply to (re)insurers as businesses, but another set of perils faces those risk-takers looking to insure megacities.

One issue is being aware of exactly what is covered and the implications of that, says Schraft. He gave the example of the Thailand floods of 2011, which caused mayhem in the insurance world due to companies being unaware of the true nature of their exposures and how vulnerable their supply chains really were.

“I believe as an industry we have to look into our portfolios and make sure we know about our loss potential that we already have,” Schraft says.

But another issue to (re)insurers comes from one of the industry’s Achilles heels –   being too reliant on previous losses when making decisions.

“This can be very dangerous, because we learn about the concentration in some cases after the event,” Schraft says. “Ideally we would learn from models and analysis before something happens, but unfortunately that’s not what the industry tends to do.”

But megacities can confound even an analytics- and modelling-based approach due to their newness and how little insurers and reinsurers know about them.

“Insurance is reliant on analysis, but if you superimpose natural catastrophes and their ‘knowns’ on unknowns as large as a megacity, you are into some difficult risk modelling,” says Holt. “If market systems don’t develop along with the growth of megacities they are going to find it quite hard to quantify risk.”

Existing insurance models may be helpful in more stable megacities, says Holt, but the industry needs to be careful how much they rely on these.

“Trying to project the growth of these cities, which are to a degree governed by more complex sociohistoric, political and economic circumstances, the modelling is going to be more difficult and the potential for amplification of errors is greater,” he explains.

But megacities are not all bad news for (re)insurers. It is possible for the industry to effectively encourage insurance uptake, offer worthwhile cover, make a profit and provide social good for billions of people.

“The golden idea should be that the global insurance industry can support those emerging megacities in dealing with risk and surviving big disasters,” says Schraft.

“We need to understand the risk and have models we can trust so we can understand what goes on in these cities and understand the big losses. The reaction of the insurance industry can be to withdraw and increase prices more than necessary, sometimes.”

But many of the world’s existing and future megacities are in places in the world with low insurance penetration and relatively low GDP levels. This poses a logistical challenge to insurers.

“We also need to develop products that people can afford and want to buy,” says Schraft. “I am not sure that as an industry we are very good at this.”

The future of megacities in emerging markets will be crucial to all of us, not least (re)insurers. Covering these new and evolving phenomena is not without risk, but there is ample opportunity for those companies that adapt their approach.

Adaptation is key, as with megacities one size does not fit all. Holt strikes a note of caution when it comes to thinking about these cities. “Once you start to label things as megacities you start to lose diversity,” he says. “Each one has to be treated and handled differently.”