Former bosses at Munich Re Digital and Bupa back insurtech’s £1.5m raise

The insurance proposition is ‘hugely relevant to the world we live in now’, says former Bupa boss

The funding will help the company deliver new partnerships with businesses involving transporting merchandise – including companies that organise shipments, major ecommerce platforms, as well as retailers and third-party logistics firms across the UK and Europe. 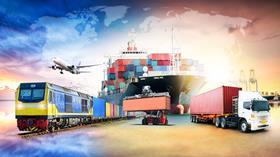 It is also enabling the insurtech to launch a Shopify app on October 28 2021 – this will enable ecommerce businesses to manage their shipments alongside the company’s goods-in-transit insurance product.

Megan Walker, co-founder and chief executive at Anansi, said: “This funding round will enable us to build more sophisticated infrastructure as we scale and add new features and automations, such as damage, international shipments and fraud detection.”

Fintech investor at Octopus Ventures Nick Sando added “embedded insurance, where all covers and protections are bundled into one service, is set to transform the way people and businesses purchase insurance”.

He continued: “We are excited to be working with [Martins de Carvalho and Bingham-Walker] and the broader Anansi team.”

Investor Bourke shared she is “very excited about the insurance proposition” as it is “hugely relevant to the world we live in now”.