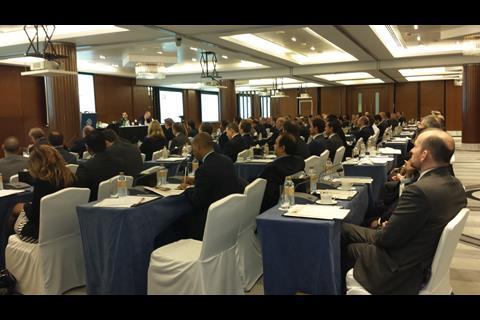 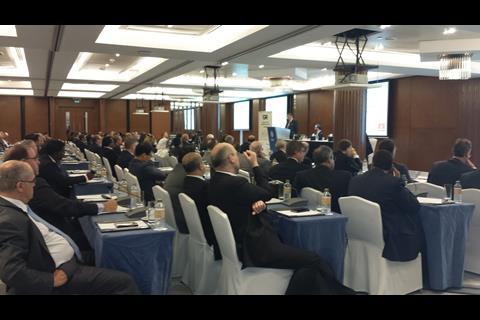 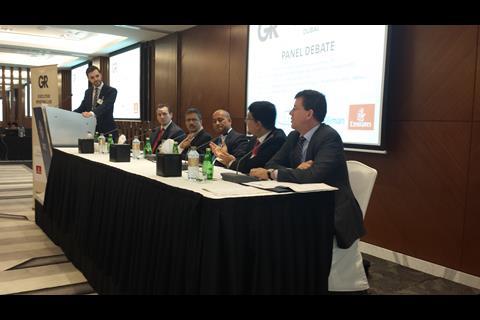 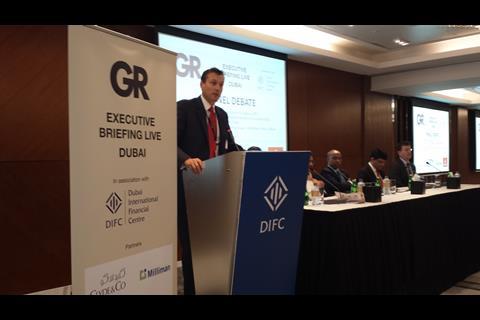 At the GR Executive Briefing in Dubai earlier this month, more than 150 senior executives from across the Middle East and North Africa (MENA) region gathered to debate some of the market’s pressing issues including the announcement that Lloyd’s was to establish an office in Dubai.

One week after GR exclusively revealed that Lloyd’s was to open a Dubai office, Lloyd’s head of UK, Ireland, Middle East & Africa Cameron Murray revealed the reasons behind the market’s MENA expansion plans at the event held within the Dubai International Financial Centre (DIFC).

Murray said that Lloyd’s had chosen to open an office in Dubai to reflect the needs of its members.

“Lloyd’s is looking at this region, and has made a specific decision to come to Dubai, because our market sees value in being here,” he said.

Murray added that some Lloyd’s firms and coverholders had already established themselves in the DIFC because they recognised that the city was the “undisputed hub” for insurance in the Middle East.

The DIFC benefitted from being easy to travel to, having strong regulations and a supportive business environment, he said.

Lloyd’s opening a branch in the DIFC will give Lloyd’s players in the region the advantage of cost savings and efficiencies, such as those coming from the shared services that Lloyd’s would provide, Murray said.

In the short to medium term, Murray said that he expected most of the risks traditionally placed with Lloyd’s brokers in London to continue being placed there, but that this would change in the longer term.

“From Lloyd’s perspective, our goal is twofold,” Murray said. “To deliver practical benefits for the Lloyd’s businesses, with service companies on the ground here in Dubai, while at the same time promoting the Lloyd’s brand and expertise more generally across the region, and helping to develop Lloyd’s coverholder and regulatory business destined for London.

“For absolute clarity on where we are with these plans, we want to be here, we want to set up in the DIFC. Our market wants us here alongside them, and, unless I’m very much mistaken, the DIFC would quite like it too.”

But Lloyd’s was still deciding how far it should commit to the region, Murray said: “We are still gauging the full extent of our market’s interest in joining us here in Dubai. The early signs are promising.

“Last but most definitely not least, we still have to agree with the DFSA the most appropriate regulatory model for a Lloyd’s office. If all goes to plan, we hope to be open for business in Q4 this year, but I have learned from experience never to take anything for granted. But these are exciting times for sure.”

Catlin Group chief executive Stephen Catlin, speaking at the same GR event, said that his company was also setting up a branch in the city.

Catlin said: “It seems to me that Dubai is now becoming a MENA insurance and reinsurance hub.”

The reasons for this are the quality of insurance staff in the region, the strong business environment and the competitive marketplace in the city, he added.

Opening the event, DIFC chief financial officer Rajesh Pareek said that Lloyd’s interest in setting up a branch in the region was a boost. Pareek said: “The fact that we have attracted a 325-year-old business to the DIFC is something that we are very proud of. This will increase the overall development of the insurance marketplace.”

Pareek added that 2013 had been a strong year for the insurance sector in the DIFC.

Following Pareek, Dubai Financial Services Authority (DFSA) chief executive Ian Johnston said that the regulator wanted to be more active across the MENA region, and to be more co-ordinated with other regulators in the area.

This could take the form of co-operation with data collection and publication, he added.

“That would benefit not only firms in the centre, but all classifications in the market, including the buyers of insurance,” he said.

As the DIFC matures, the insurance community can help by pooling their experience to form an industry body, Johnston went on.

“Industry bodies in developed economies often have a very active role in setting industry standards,” he said. “I believe the DIFC insurance community may well be mature enough to participate in or establish such a body to do that.

“An industry body could play an important role in identifying policy changes that allow us as a regulator to foster a fully fair, transparent and efficient insurance market, and be able to impress on the regulator concerns that one firm may not wish to put their names to.”