Has the Future at Lloyd’s prospectus gone far enough for MGAs?

Charles Rowley, director, DA Strategy says promising ideas to cultivate innovative solutions at Lloyd’s have been identified in the manifesto, but asks why was one of the fastest growing segments not referred to more directly. 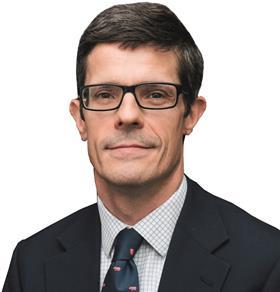 The title of Lloyd’s recent prospectus, The Future at Lloyd’s, points directly to its importance as it sets out the massive challenges facing the London insurance market.

Delegated authority business is a crucial part of the London market and is constantly evolving to make London an easier and more accessible place to do business. It is through this lens that we look at the future options and how it will directly influence the future of managing general agency (MGA) businesses.

The Syndicate-in-a-Box and the Lloyd’s Risk Exchange appear to be the offerings that the prospectus puts on the table for MGAs and similar entrepreneurs.

These incredibly high incubation costs are driven by regulatory processes and structures that tend to be one size fits all, focus on worst-case scenarios and where resources are duplicated between turnkey managing agents and Lloyd’s.

Can Lloyd’s truly drive down the high costs of doing business and reduce the heavy-handed oversight to create a supportive environment for innovation and new market entrants?

If the Syndicate-in-a-Box is developed correctly it could encourage people setting up MGAs outside of Lloyd’s to set them up inside. It could support innovation and enable entrepreneurs. It could help MGAs to flourish further in a more vibrant and diverse Lloyd’s.

The Lloyd’s Risk Exchange is another exciting development clearly targeted at reducing the cost to the customer of standard, commoditised or low complexity coverage.

We hear cries of disintermediation, which is of course partly true, but also short sighted. The counter argument surrounds value-added. How can 39% or so of premium taken in expenses by a retail broker, MGA, London broker and/or syndicate collectively be acceptable to clients these days? Ebay charges 6% to 11%!

All intermediaries in the chain including MGAs and syndicates must develop their business models to run more efficiently and at lower cost. An out-of-the-box messaging exchange, set of market APIs and a market rating engine backbone are straightforward, cost-effective existing tools that can deliver this.

The Syndicate-in-a-Box and the Lloyd’s Risk Exchange have potential to directly and positively impact the delegated authority insurance market; however, we are not without our grievances.

It is disappointing to find that the term Managing General Agent was only cited three times, Binder once, and Coverholder not at all. This is incredible given that MGA business has grown from 33% to 39% in the last five years and is likely to expand further given its agility, lack of legacy constraints and rapid engagement with innovation.

MGA business is thriving and has taken niche and innovative underwriting and distribution to the next level, facilitating a whole number of success stories. In light of this, we were surprised the MGA framework wasn’t directly referred to, or specifically addressed in more detail.

However, similarly to the retailers and branded consumer goods companies that are challenged by online and start-up brands benefiting from new routes to market at much lower costs, this prospectus shows that Lloyd’s recognises that more vigour needs to come both from outside the market and the nimble entrepreneurial challengers within it.

MGAs and coverholders can deliver this if the opportunity opened up by the recent ‘Risk Based Approach to Third Party Oversight’ consultation is extended, further supporting speed to market and also simpler models.

We hope that Lloyd’s will rapidly turn its hand towards preventing new businesses from drowning in overly heavy compliance and providing a framework for the future. 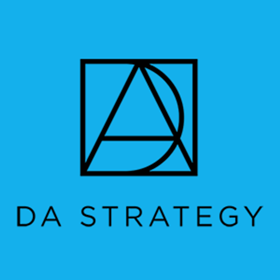