The broking group plans to develop a ’lead position’ across continental Europe after now cementing its status as ’the new powerhouse in the UK market’, says chief executive

Back in 2019, Marsh McLennan bought JLT for $5.6bn (£4.1bn), making it the market’s “credible challenger” at the time. However, Howden believes his firm has ”fully taken that position because we are now actually bigger than JLT was when it sold to Marsh”.

This follows the firm completing its purchase of broker A-Plan in early 2021, as well as announcing its acquisition of Aston Lark last October.

He added that Howden Group’s £440m earnings before interest, taxes, depreciation, and amortisation (ebitda) - pro forma Aston Lark - is also “much higher” than the competition’s figure.

“We are hopefully the new challenger,” he said. 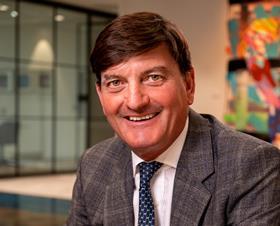 For Howden, a key figure from the broker’s 2021 results is its “phenomenal organic growth”, which grew by 19% in the 12 months to September 2021. This is more than double the 6% organic growth uptick Howden Group recorded in 2020.

A big driver in “growing fast” has been the group’s acquisitions of A-Plan and Aston Lark, which led to a raft of new talent joining the broking firm.

Howden explained: “If you look at that 19%, 30% of that actually came from nearly 500 senior practitioners that have chosen to join us in the last 24 months and help us build a business with a huge amount of revenue being generated.”

Other factors that contributed to Howden Group’s boosted organic growth include business wins by existing staff, rate increases in hard markets, as well as investing in data and analytics.

Gross written premium (GWP) for the group, pro forma the effect of Aston Lark and A-Plan, equates to $70bn – this comprises of $14.5bn for its broking group and $8bn for its business in the UK.

No intention of slowing down

According to Howden Group’s chief financial officer Mark Craig, support from Howden’s long-term investors, as well as $3bn of debt funding, were pivotal in supporting the firm to buy new business.

He said: “We continue to see very strong demand both to invest in us and from the debt markets.

“We’ve managed to reprice all of our facilities downwards with confidence and we have retained credit ratings with Moody’s over all of the transactions that raised that money over the course of the year.”

Howden added: “The group has grown compound 30% now for 28 years and we don’t intend to slow down”.

After assuming a “lead position in the UK market”, according to Howden, the firm is now “very interested in doing the same right across continental Europe”, with further “big ambitions” in Asia, Turkey, Latin America, the Middle East and Africa.