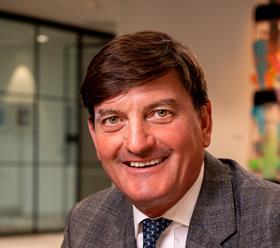 Read more…Staying relevant is ‘the biggest, most interesting challenge out of this pandemic’ – David Howden

Lyles has more than 35 years of industry experience – she started her career in New York with AIG before moving to London and Paris, where she then held multiple leadership roles with responsibility across Europe, the Middle East and Africa (EMEA).

Following her tenure at AIG, she moved to XL Catlin where she was a member of the group leadership team and had responsibility for managing the insurer’s presence around the world. She continued in this role when XL subsequently merged with insurer Axa in 2018.

“Kelly’s wealth of experience in running global teams at some of the world’s largest insurers will be an asset as we continue to grow our business whilst retaining our culture and agility. We are absolutely thrilled to have her on board.”

Lyles added: “What really attracted me to Howden was the authenticity of its leadership and culture.

“Maintaining its nimbleness and people-first approach as it continues to grow will be no easy task, but I’m convinced it is a business that can achieve anything it sets its mind to.

“This is a passionate group of entrepreneurs on an impressive journey to build a better kind of business. I’m very excited to join them.”

Employee-owned Howden Group now has more than 8,500 staff in over 45 territories. It handles over $11bn worth of premium on behalf of clients.