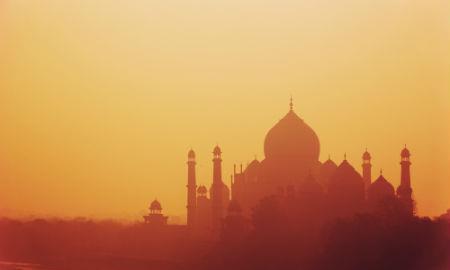 India on the horizon

The opening up of India’s reinsurance markets has attracted a number of international carriers to the country in recent months. Major reinsurers including Reinsurance Group of America, Swiss Re, Munich Re, Hannover Re, SCOR are in the vanguard of reinsurers aiming to take advantage of the opportunities afforded by operating in the world’s second most populous country while Lloyd’s has also established a presence.

The Indian government relaxed reinsurance regulations in response to the country’s rapidly growing economy and the needs of its burgeoning middle class. The country’s businesses require cover for their ventures while investment in transport and energy infrastructure is sorely needed.

“If you look at the life insurance sector that still requires a lot more investment from insurance companies to successfully access a portion of the Indian market. From an infrastructure perspective India has an allocated spend of $450m, insurers and reinsurers are [needed] to insure those risks.”

According to Swiss Re the Indian insurance market was worth $75.5bn in 2016 with life insurance accounting for $57bn of that total. The country’s strong economic growth allied with government policies and initiatives are expected to increase insurance penetration.

Swiss Re says this will act as a catalyst for future growth of the industry and it expects the Indian insurance industry to grow by an average annual rate of 8% from until 2027.

Sampat continues: “Don’t forget, India is also vulnerable to natural catastrophe risks stemming from flooding, earthquakes, storms, droughts and landslides. Flood events have unfortunately occurred frequently and can lead to significant loss of life and economic losses. Due to a low insurance penetration, uninsured losses in India from all catastrophes and man-made disasters amounted to $4.5bn.”

A number of major Indian cities, including Mumbai, Kolkata and Cochin, are located in disaster-prone areas that are exposed and vulnerable to climate extremes.

Lloyd’s-backed EY research found India has a $2.8bn reinsurance market, of which approximately 40% (around $1.1bn) is ceded offshore. On the direct insurance side Lloyd’s says crop, health and motor insurance are set to be the key drivers for growth in the near future.

Until recently, the General Insurance Corporation of India (GIC) was India’s sole reinsurer. Now, the entry of foreign reinsurers in India will result in insurance companies being able to provide more specialised covers to corporates.

However, the placement of all Indian reinsurance business is subject to ‘Order of Preference’ Regulations. The regulations created a tiered system whereby Indian insurers are required to cede business to reinsurers according to a prescribed order of preference.

“The current renewal was not strongly impacted by the Order of Preference Regulations, as most of the foreign reinsurance branches were in the process of setting up their operations,” says Lloyd’s India country manager Shankar Garigiparthy. “Lloyd’s retained the majority of its Indian business as a cross border reinsurer because there is still insufficient capacity from the onshore reinsurers.”

Lloyd’s India launched in April with MS Amlin as the first syndicate to join the branch. It says it will offer a particular focus on infrastructure, agriculture and disaster management.

Lloyd’s, however, must be prepared to operate in a country with a very conservative business culture where the pace of change can be notoriously slow.

Garigiparthy says: “The growth of Lloyd’s presence in India will be gradual, but we are committed to working with partners in the Indian market to introduce new products and specialist capacity, while helping to maintain underwriting discipline and raise standards.”

Despite India’s ambitions, Singapore remains the hub of choice for many wanting to operate in the South Asia region, however it will be interesting to see whether India’s progress complements Singapore or overwhelms it.

Aneja says: “Lloyd’s is still in the set up phase with only one service company set up so far and a second in the process. It still has a long way to go to replace another platform.

“One of the goals of the Indian government has been to try and make India the regional hub. That will have an impact on other jurisdictions because India is such a large market that it can actually sustain a reinsurance hub.”