The head of Egypt’s financial watchdog talks about Egypt’s economic indicators, why sound regulation is the key to attracting investment, and the authority’s plans for the insurance industry 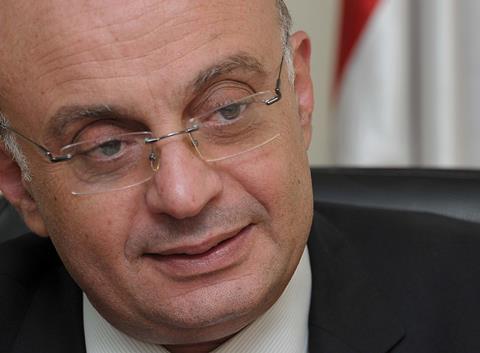 Egypt has been defined by political instability and the Arab Spring in recent years. How has the country attempted to recover and challenge perceptions that it is not a good place to do business?

From the inside, life goes on. Businesses are operating and markets are buzzing, with the exception of tourism due to the geo-political situation and security concerns. We have witnessed growth in gross domestic product (GDP) over the last year reach more than four percent. Foreign direct investment was significantly higher in the last fiscal year, standing at more than five billion US dollars. It didn’t, however, reach the target of 10 to 12 billion US dollars.

With the higher rate of initial public offerings in the stock market, which so far in 2015 has already exceeded the previous four years combined, and the number of acquisitions witnessed by the market, I believe a significant number of investors see Egypt as a good place to do business. Obviously there is much more to be done to attract more investments. This will be achieved by accelerating the regulatory changes in some areas and simplifying red tape, land allocation and licensing. I think these challenges are more important than other political issues.

Several cabinet ministers have been aggressively promoting Egypt as an investment destination and trade partner. The president is also taking a direct interest in enhancing the investment environment and solving hurdles that potential projects could face. I would label him as Egypt’s chief investment officer for all his efforts on that front.

What’s on the horizon in terms of incoming insurance regulation for Egypt and your plans for the role of the EFSA in the insurance industry?

A new insurance law is definitely needed - after 34 years the current law is rather outdated. We are in the final stage of drafting a new law, in consultation with the industry. This will take into account new distribution channels, micro-insurance, address takaful and health care, in addition to third party administrators. It should also strengthen governance and the qualifications and roles of the boards and committees.

We will focus on encouraging micro-insurance to reach a wider segment of society as part of our financial inclusion initiative. This will come in the wake of the issuance of Egypt’s first micro-finance law a few months ago.

Over the past year the EFSA has issued several directives addressing:

The EFSA has also proposed a new executive regulation for the Private Pension Funds Law, which dates back to 1975. The amendments were issued on July 9th 2015. These changes should enhance governance, and allow private pension funds to be more active players in the capital markets within conservative investment guidelines. These guidelines will, among other things, allow them to have asset managers manage their investments. Private pension funds registered with the EFSA reached 610 with more than 40 billion Egyptian pounds [EGP] in assets.

What advice would you give to a foreign insurer looking to set up operations in Egypt?

Egypt’s insurance figures compared to GDP or population demonstrate there is a lot of room for the industry to grow over the coming years. This is particularly true for insurers offering innovative products and exerting extra efforts to reach under-served cities and regions. Both health and micro-insurance could represent great opportunities.

The question remains whether to establish a greenfield operation or to acquire or participate in an existing company. There could also be room to establish a well-capitalised reinsurance company.

Foreign insurance companies should aim to attract local talent for management positions and invest in developing their staff. This is key, in my opinion, to adequately addressing the Egyptian market.

A common criticism of financial regulation around the world is that it often surprises the market when it is published. What is being done to improve communication between insurers and the EFSA in Egypt?

Usually regulators are not very well liked, however we try to minimise this as much as possible. Over the past two years, since I joined the EFSA, we have consulted with the industry through the federation of insurance companies and the brokers association. One of the first decisions the current board made was to form an Insurance Advisory Committee that has company heads, experts, brokers and actuaries as members.

With numerous regulatory changes affecting North Africa, is there a challenge around enforcing these rules properly?

Every country has its own situation and regulatory environment. Egypt was the first country in the Middle East and Africa to issue an insurance regulation law and establish a regulator. That was more than 75 years ago. I do not see challenges in enforcing rules, so long as they are realistic, well thought of and discussed with the industry. Gradual evolution versus revolution always works better.

What is the best way to secure government support and funding for regulation when many governments have other priorities, such as defence?

Regardless of how generous they are, I do not believe the regulators’ budgets are significant when compared to health-care, education, social services or even defence. In our case, as an independent regulator, we do not get financed by the government, we rely on fees we levy from market players and transactions.

What is the incentive to introduce more stringent regulation if your neighbouring countries don’t? To what extent is this being tackled in the region?

Regulation is a national interest in the first place: it aims to achieve financial stability and risk management, while protecting consumers and promoting competition. We cannot get into the game of reducing regulation for those seeking regulatory arbitrage. That applies to insurance, capital markets or other non-banking financial services that we oversee. Having said that, it does not mean we do not seek the regulation to be clear, simple to understand and to reflect best practice and international guidelines, namely the International Association of insurance Supervisors’ insurance core principles.

What is the likelihood of harmonisation for insurance regulation across North Africa?

[Harmonisation] is always a target that some will aim to achieve. However I am not sure it’s going to happen soon, or whether it may be detrimental to the development of national markets in that region. As the regulations develop and become more aligned with international best practices, they will come much closer.