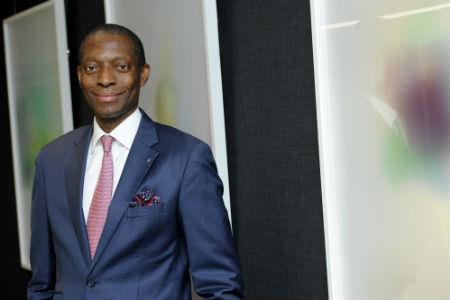 You are now the current CEO for reinsurance with Swiss Re. How has your time heading up the Asia branch of the reinsurance business impacted on how you are approaching your new, global role?

In general, just because of the pace at which business moves in Asia, there’s a far greater sense of urgency, and I would like to see that replicated across the globe, for Swiss Re and the industry in general.

We need to be quicker to market with new products; we need to understand what the client needs are, and be quick to respond to those needs.

The Asian markets are currently making a significant impact on the reinsurance sector. What impact could Chinas opening have on the future of reinsurance as a whole?

Swiss was the number two reinsurer in China – a lot of international players have taken up space, in that market. It is C-ROSS, the China version of Solvency II, which tries to look more towards a risk based solution in terms of looking at capital, that we feel will open certain doors and probably bring a stronger balance to the reinsurance portfolio of most companies.

If you look at the insurance portfolio of companies in China today, it’s dominated by the motor line of business – far greater proportion of motor than you will find in any another part of the world.

The risk transfer solutions were driven mainly by the fast growth of the primary companies who then needed reinsurance, more from a capital relief perspective.

Both the primary markets and the wholesale markets in China still needs to open up more. We at Swiss Re are trying to play a role in talking about best practice from a risk management standpoint with the primary companies, but also spending time with the regulators. I believe dialogue has got to be continuous to facilitate growth.

When you look at the Middle East, the region has definitely moved leaps and strides ahead when it comes to penetration; one of the reasons being is because its governments have legislated healthcare. In regions like Sub-Saharan Africa, Latin Americas and Asia, on the P&C side could agricultural be that nugget, the way regulated healthcare has been on the life side?

Premiums written for agriculture in China have risen at an astounding rate over the last four years. This is largely to do with the government stepping in and raising the profile of agriculture and highlighting its importance.

I think there’s always a balance to be struck in instances where a government needs to serve as a catalyst when the private sector is not able to step in and provide a solution. Over time the idea is that the private sector should find a way to provide the solutions, and governments should not overly mandate.

The trend you see globally is for government to mandate, particularly healthcare. In parts of Asia, where governments struggle to pay for elements of this, they are beginning to attempt to shift that responsibility more to the private sector, rather than serve the role as the market maker.

This is an issue for both emerging and mature markets, where there are often blind spots. Both Italy and California are examples of this, with their very low percentages of coverage for the earthquake – roughly 10% in California. How do you tackle the societal mindset in a mature market that the government is the insurer of last resort and so private insurance is not needed?

The reality is that these governments haven’t always paid, and people have suffered significantly as a result of having that false belief.

I don’t think all solutions rest with the government in either emerging markets or even in developed markets. I believe the solution rests in trying to raise awareness.

You mentioned roughly 10% of Californians are insured for earthquake.

This is a place that we should focus on, as part of the reason why earthquake insurance penetration rates in California are around 10% is a product of our inability to provide capacity – it’s not solely a case of people not wanting to buy earthquake insurance. The industry has a role to play in being able to provide far better capacity.

In the tragic case of Italy, where less than 10% of the population had insurance for its recent catastrophe, this was largely to do with a lack of awareness.

Again, I turn the light back to the industry: have we designed products that are easy to access? Do they understand the coverage? How easy is it to opt out? Can they afford it? With these questions answered, when an event happens we don’t end up with the level of disaster that we’ve seen. There is more that we can do on the awareness and the selling side.