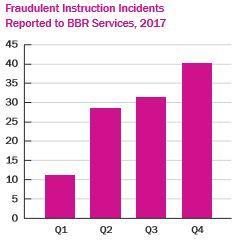 Claims data from Beazley has warned about a rise in fraudulent instruction scams.

Policyholders incurred losses ranging from a few thousand dollars up to $3m, according to Beazley.

Claims amounts in 2017 averaged $352,000 for fraudulent instruction, leading the cyber insurer conclude the type of attack “has rapidly become a significant financial threat” for many firms.

Such attacks are “using ever-more sophisticated methods” to exploit human weaknesses within cyber defences, according to Beazley. 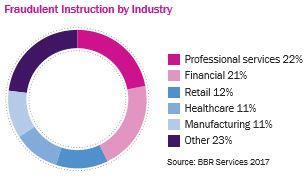 Under fraudulent instruction scams, criminals use hacking and phishing techniques to accumulate information that allows them to send plausible-looking requests to transfer funds to bogus accounts.

The top three industry sectors affected in 2017 were professional services (22% of the total reported to Beazley), financial services (21%), and retail (12%).

Incidents grew in frequency across all sectors, particularly where single large transactions, such as real-estate purchases, were involved.

Katherine Keefe, global head of BBR Services commented: “Cyber-criminals are finding new ways of getting organizations to part with their hard-earned cash.

“In 2017 we saw fraudulent instruction emerge as a new trend which offers significant reward for the perpetrators in return for little effort, but brings potentially devastating financial consequences for the victim,” Keefe added. 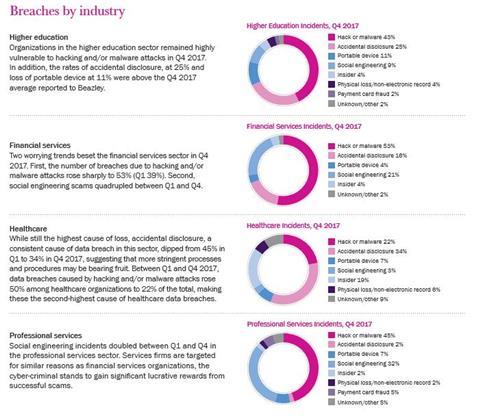