Stung by a change to the personal injury discount rate, UK insurers warn consumers will soon have to shoulder the costs 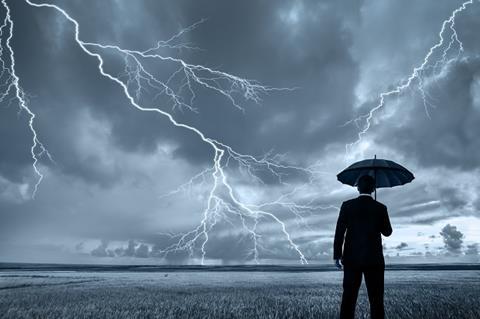 In February 2017, Lord Chancellor Elizabeth Truss announced a change to the personal injury discount rate, setting it at -0.75%.

The negative discount rate has been a big blow to insurers, many of whom had set their reserves assuming a cut to a positive 1% from its previous level of 2.5%.

A negative discount rate means insurers will have to pay money on top of the agreed lump sum to injured claimants. The move is costing the insurance industry billions.

Prior to the announcement, Willis Towers Watson (WTW) estimated that insurers and reinsurers would face a one-off discount rate cut hit of £4.9bn if Lord Chancellor Elizabeth Truss cuts the personal injury discount rate to -0.5% from its current 2.5%.

The consulting and broking firm said that in addition to the one-off £4.9bn hit for strengthening reserves, the industry would also face a £700m-a-year increase in the cost of providing motor insurance in the future.

WTW said that the reserve hit would affect reinsurers in particular, but added that a “sizeable portion” of the cost will be borne by UK consumers “by necessity”.

The consulting firm expects UK consumers to face price increases of between £20 and £55 per policy to fund the hit, depending on how quickly the industry looks to bolster its capital.

WTW director Stephen Jones said: “it appears unlikely that motor insurance is going to get cheaper anytime soon with rates up around 14% last year and perhaps a further increase of between 13% and 19% during 2017 if the response by insurers to such an outcome were to be added to underlying inflationary effects.”

Announcing the change, Truss said: “Having completed the process of statutory consultation, I am satisfied that the rate should be based on a three year average of real returns on index linked gilts. Therefore I am setting it at minus 0.75%.”

Direct Line Group has revealed that the change will cut its 2016 profit before tax by between £215m and £230m, add 6 percentage points to its combined operating ratio.

Hastings has said that it will take a one-off pre-tax hit of £20m to its 2016 results, and Lloyd’s insurer Novae is expecting a £55m hit to its underwriting result, as it had already included a £2m reserve margin and a £3m buffer in its solvency capital to allow for a cut in the discount rate to 0% from 2.5%.

Ultimately, Esure’s motor reinsurance bill went up 33% on a like-for-like basis when its programme renewed on 1 July, the company revealed in its first-half results.

Esure said its 33% increase equates to £10 a vehicle. The company said: “The increase in reinsurance costs compares favourably to market estimates and reflects the group’s low risk approach to underwriting, low large loss propensity and strong, long term relationships with its reinsurer panel.”

The industry is expecting Ogden to drive a large motor excess-of-loss reinsurance rate increase when programmes come up for renewal, with talk of 100% rate rises. Most UK motor programmes renew on 1 January, but some renewed on 1 July.

WTW director Andy Staudt said: “Instead of being reviewed and updated on a regular basis to ensure compensation remains fair reflecting prevailing economic conditions, the Ogden rate has been left unchanged for 16 years.

“As a consequence, pressure has been building and appears to have reached a politically unsustainable level. The immediate impact of trying to defuse this pressure now will be painful in the short term as reserves for past claims that have yet been paid would have to rise, while the costs of future claims would also go up.”