Opinion: Insurance during an industrial revolution

How his grandfather felt as the world changed around him draws parallels to the dissonance felt in the industry today due to the Fourth Industrial Revolution, says Xceedance region head - EMEA Justin Davies 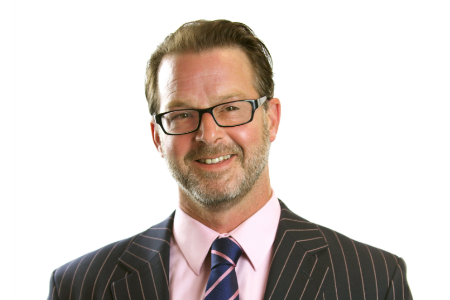 He arrived in San Francisco days after the devastating earthquake of 18 April 1906, and sailed into a city still burning from the fires that followed. In fact, the Garnet Hill is very probably in George Lawrence’s famous photograph “San Francisco in Ruins.” 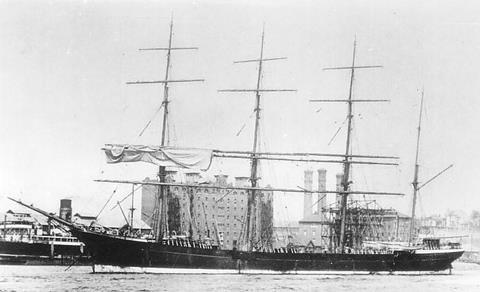 Anyway, the days of square riggers were soon over, with coal and then diesel powered ships proving to be faster and ultimately more profitable. The world had already been changing steadily since the 1870s, at the start of what we now call the 2nd Industrial Revolution. And, of course, the pace of change became even more rapid in the early 20th century. So much so that grandfather’s son, my father, broke with the family’s seafaring tradition and became a chemical engineer.

Fast forward to today, and our world is evolving ever more rapidly as we enter the so-called Fourth Industrial Revolution (4IR). As an example of the expected pace of change, we only need to look at telephony. It took several decades to move from household telephones to cordless to mobile, yet it has only taken a few years for smart phones to become all-pervasive. And few doubt there is much more to come in ways we cannot even begin to imagine.

The Fourth Industrial Revolution was the theme of last year’s World Economic Forum in Davos, and the subject of a book by WEF founder Professor Klaus Schwab. So, what is 4IR and how did we get here?

The first industrial revolution in the 1780s was characterised by changes brought about by the advent of steam and water power. The second in the late 1800s was sparked by the introduction of electricity and the production line. The third — and upon which the ongoing fourth revolution is built — brought us electronics, computers, software and digitisation.

4IR is characterised by a confluence of physical, cyber and biological networks to create autonomous systems. It will revolutionise the way humans and machines work together. In addition, machines talking to machines will become more sophisticated without the need for human input and this will become widely accepted. The early fruits of these developments are with us in virtual personal assistants like Alexa or Siri, or Google’s Neural Machine Translation System which has created an “interlingua” for translation.

Those diverse technologies, either in isolation or as part of a changing workplace landscape, will herald revolutionary challenges to business, including insurance. In February, UK insurer Aviva made headlines when it asked 16,000 staff if their jobs could be done by robots. At first blush, the underlying theme of the poll looks like a threat to existing jobs. However, Aviva offered to retrain those who answered “yes” — suggesting that robotic automation may, in fact, open new opportunities for workers to learn new skills more suited to the new economy. For the insurance industry workforce, the future could be even more promising as new jobs we cannot even envision today will emerge in the future. Indeed, the Davos meeting last year heard a prediction that 65% of current primary school children will ultimately be employed in jobs which do not yet exist.

The near future will probably see medical devices implanted subcutaneously to supply constant real-time information on people’s health and wellbeing with profound implications for individual and societal healthcare. Buildings fitted with discrete systems and machinery will feed information on every structural and functional aspect of the asset’s performance. This information will be invaluable for insurers and probabilistic modelling companies as the data will allow them to analyse how a building will actually react to catastrophic events such as earthquakes.

The Internet of Things (IoT) portends a future where almost everything is interconnected, in turn generating enormous, exponential flows of data that could become overwhelming. However, Intelligence Augmented (IA) solutions are also quickly evolving to simplify data capture, while providing solutions for gaining actionable insights from the figures. According to a recent survey by eMarketer, insurance executives expect spending on IoT to rise from $77.7 billion in 2015 to nearly $103 billion in 2018. For example, telematics devices to track vehicle characteristics and driver behaviour, are being adopted by the insurance industry — even with numerous technical, economic and privacy factors to consider.

The insurance sector, which manufactures and relies upon enormous reservoirs of data, is ripe for disruption during 4IR. A McKinsey Global Institute survey found the finance and insurance sectors are conducive for robotic automation to take over some highly methodical back office functions while the workforce is focused and redeployed on analytic and relationship-based roles. In financial services and insurance, 50% of the overall time of the workforce is spent on collecting and processing data “where the technical potential for automation is high.” Consequently, the report found the financial sector has “the technical potential to automate activities taking up 43% of workers’ time.”

Despite inevitable concerns about job losses to automated processes, embracing 4IR can deliver transformational benefits to insurers. Harnessing big data and universal networks can empower companies to increasingly leverage analytical business teams and the principles of data sciences for productivity and growth in the digital economy being created by 4IR.

The 4IR landscape is fast evolving, but clearly there are several challenges which the insurance industry will need to address. Does the industry have the ability to absorb and manage the tidal wave of data being generated, including data from IoT? Will insurers harness the emerging disciplines of Robotic Process Automation and Intelligence Augmented solutions? Can they optimise business processes and convert myriad data sources into impactful analysis to increase risk management precision, productivity and policyholder service?

The response of businesses, policymakers, regulators and governments will help shape how we all adapt to a changing socio-economic ecosystem of 4IR. The linear, top-down approach of the past will no longer suffice. Companies and their workforces will need to be much more agile to keep pace with the exponential changes already underway.

We are living in exciting, if profoundly uncertain, times. Much as I contemplated the vast societal shifts in my grandfather’s era, I wonder if my grandchildren will ask themselves how I felt as the world changed around me.