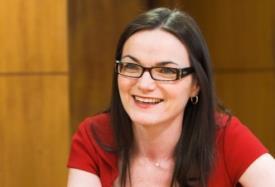 The recent publication by the UK’s Prudential Regulation Authority (PRA) of supervisory statements marks a softening of tone on the part of the regulator, but not a fundamental shift in its position, which was set out in consultation papers (CPs) issued in September of last year.

Essentially, the PRA is proposing a more restrictive approach to schemes than was the case under its predecessor – the Financial Services Authority (FSA) – without any satisfactory explanation of why this is desirable, particularly given the significant protections already afforded policyholders by the scheme process. These were considered adequate by the FSA to meet its objective of securing an appropriate degree of protection for consumers. The PRA is also proposing a similarly restrictive approach in relation to capital extractions for insurers in run-off, most notably in requiring independent reports to be commissioned to justify reducing an insurer’s capital below 200% of ICA.

These restrictive approaches appear to be premised on the assumption that run-off business is inherently more risky than live business. However, in the last two decades, the majority of failures have been in the live rather than the run-off market. This is in no small measure due to investment by the industry in the professional and proactive management of business in run-off, including development of exit routes that have achieved support from policyholders. As a result, the run-off sector continues to attract investment.

However, restricting the ability of investors to withdraw capital or make use of tools that facilitate closure could restrict the ability of shareholders in run-off entities to generate returns and deter investment in the industry both in terms of capital and human resources. This could result in run-off books being left to stagnate instead of being proactively managed, with adverse consequences for policyholders and the industry.

While a degree of uncertainty remains about the overall impact of the proposals, it is clear that options for obtaining finality have changed substantially, and that the PRA is taking a very one-sided view of the appropriate balance to be struck between shareholder and policyholder rights.

The PRA clearly has an interest in schemes proposed by regulated entities, given its statutory objective of securing an appropriate degree of protection for policyholders. However, for the purposes of the statement on schemes, the PRA interprets this as ‘“securing an adequate degreeof continuity of cover”. But this should not be the only interpretation of the PRA’s objective; a solvent scheme that extinguishes liabilities in return for reasonable consideration can also provide an adequate degree of protection for policyholders.

The approach is also at odds with the PRA’s approach document on insurance supervision issued in April 2013, which stated that continuity of cover would be achieved by ensuring that insurers are financially able to meet claims, and by providing alternative cover in the event of insolvency. Neither of these is inconsistent with a solvent insurer proposing a scheme under which it proposes to pay claims in full, albeit on an estimated basis.

On capital extraction, the PRA begins with the premise that such actions “inevitably weaken the level of protection available for remaining policyholders”. However, where the capital withdrawn is surplus to requirements the probability that policyholders’ claims will be paid in full remains exactly the same, and will necessarily meet the requirements of the ICAS regime. The approach overall suggests a disconcerting lack of confidence in that regime.

Run-off has always been an innovative sector that has successfully adapted to meet the changing needs of policyholders and regulators. The industry is already developing scheme proposals which achieve the objective of a balance between continuity of cover for policyholders and a degree of finality for the insurer. These will clearly not always be appropriate for insurer seeking complete finality, for whom a Part VII transfer will remain the only real alternative. One significant uncertainty remaining is the attitude of the FCA to schemes. It will clearly have an interest given its consumer protection objective, but it has yet to give any indication of its approach.

Whatever the regulators’ views, however, whether a company should be permitted to implement a scheme is ultimately a decision for the court, a fact the PRA acknowledges in its final supervisory statement on schemes. If it is going to object to the kind of solvent scheme that had become commonplace in the London market the PRA will have to articulate far more clearly than it has done in the supervisory statement why the protections for creditors provided by the scheme process that have always been considered adequate by the court, and were previously considered adequate by the FSA, are now insufficient to provide an appropriate degree of protection to policyholders. This would be a public battle which both the PRA and any individual insurer are likely to be reluctant to fight.

Gerry Quirk is a partner at Clyde & Co. Gerry regularly provides regulatory and restructuring advice to clients in the insurance sector, including non-life and life insurers and reinsurers, brokers and intermediaries, and run-off entities.