Around 370,000 policyholders are set to benefit from the judgment

The Supreme Court today issued its judgment in the FCA’s test case on the interpretation of business interruption (BI) policy wordings when applied to Covid-19-related claims – it decreed that appeals made by the FCA and lobby group Hiscox Action Group (HAG) are substantially allowed, while the appeals from insurers are dismissed.

In an oral statement this morning, the UK’s highest court said that around 700 policies at 60 different insurers could be affected by the judgment, in addition to the policies that were reviewed as part of the test case.

Furthermore, approximately 370,000 policyholders are also likely to be impacted by today’s result.

Although the Supreme Court broadly agreed with the High Court regarding the scope of cover provided by disease clauses, judges Lord Hamblen and Lord Leggatt, however, did take issue with the meaning of some of the words used.

In this instance, they did accept the insurers’ arguments, which specified that “each case of illness sustained by a person as a result of Covid-19 is a separate ‘occurrence’ and the clause only covers business interruption losses resulting from cases of disease which occur within the radius”.

Regarding prevention of access and hybrid clauses, the Supreme Court deemed the initial ruling’s requirement that restrictions imposed by a public authority must be mandatory and have “the force of law” in order to qualify for cover is in fact “too narrow”. 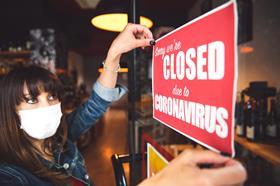 It instead believes that “an instruction given by a public authority may amount to a ‘restriction imposed’ if it carries the imminent threat of legal compulsion or is in mandatory and clear terms and indicates that compliance is required without recourse to legal powers”.

The Supreme Court did agree with the lower court, however, that ‘prevention of access’ refers to a complete inability to use the insured premises, rather than just a “hinderance”.

A point of contention throughout the proceedings has been the original decision in the Orient Express v Generali case – the ‘but for’ methodology used here has been heavily relied upon by insurers to argue their perspective.

The ‘but for’ test asks whether the insured would still have suffered business interruption regardless of whether the peril or event had taken place.

The Supreme Court judges ascertained that the Orient Express judgment was “wrongly decided and should be overruled”.

When discussing causation, the Supreme Court agreed with the High Court decision “that all the individual cases of Covid-19 which had occurred by the date of any government measure were equally effective ‘proximate’ causes of that measure (and of the public response to it).

“It is therefore sufficient for a policyholder to show that at the time of any relevant government measure there was at least one case of Covid-19 within the geographical area covered by the clause.” 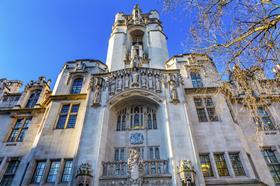 Linked to this, the judges explained that the ‘but for’ test is “sometimes inadequate” because “there can be situations (of which the present case is one) where a series of events all cause a result, although none of them was individually either necessary or sufficient to cause the result by itself”.

The judgment further looked at trends clauses – the judges again maintained the ruling from the High Court, which said “that these clauses should not be construed so as to take away cover provided by the insuring clauses and that the trends and circumstances for which the clauses require adjustments to be made do not include circumstances arising out of the same underlying or originating cause as the insured peril (i.e. in the present case effects of the Covid-19 pandemic).”

However, the Supreme Court did reject the High Court’s stance that adjustments could be made to loss calculations under the trends clauses in order to reflect the downturn in companies’ turnover due to Covid-19 that occurred prior to the peril being triggered.

The Supreme Court instead said that “adjustments should only be made to reflect circumstances affecting the business which are unconnected with Covid-19”.