The partnership will focus on machine learning and artificial intelligence to improve pricing as well as streamlining insurance processes using automation and looking at claims.

Ticker has been rolling out its cover for drivers who face high insurance costs, such as novice drivers and van drivers. 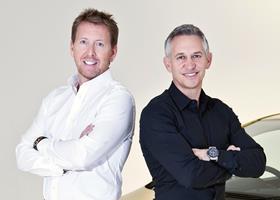 The insurtech is also increasing its capacity to support the launch of new offerings, with products for low mileage drivers, convicted drivers and electric vehicles.

Speaking about the partnership, Richard King, Ticker’s founder and chief executive, said: “We are delighted to be partnering with Abacai as we launch new products, accelerate growth and grab a significant share of the UK connected motor market.

”We’ve spent a lot of time with the Abacai team over the past few months and our eagerness to join forces was clear from the start.”

It follows Ticker completing its Series A fundraise earlier this year, led by Eos Venture Partners, and hiring a new chief operating officer in September.

King continued: “It’s just over two years since Ticker launched and, as well as making insurance more affordable and rewarding safe driving, we’re also using the connected vehicle data to provide a far better understanding of risk for both our customers and our insurance partners.

”This new partnership will not only allow us to grow market share, but also accelerate development of new data sources, machine learning and artificial intelligence.

“Our next chapter will be fuelled by our capital strength, continuous innovation and an absolute commitment to delivering customer value.”

Ticker is backed by Munich Re Ventures was founded in 2018 and launched in 2019.

The pair share a similar vision. King said, “that the right combination of connected technology and underwriting discipline will create the ultimate winners in the UK motor market”.

“Our partnership will focus on building products that are clear, fair and transparent using the latest technology as an enabler for, simply, better insurance,” he added.

Mark Wilson, Abacai Group’s co-chairman and chief executive, said: “We have been deeply impressed by the quality of the team that Ticker has built and their approach to delivering connected products to new segments of the market.

“Our partnership is testament to the value of Abacai’s service to its insurance partners across innovation, underwriting, and claims.”