The pace of change in the London Market 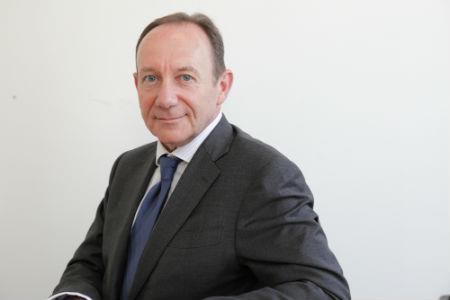 In a recent advertising campaign for a well known and refreshing Irish beverage we were reminded that good things come to those who wait.

For some (re)insurance practitioners and, naturally, most technology providers, change within the London market to make it an easier and cheaper place to do business can’t progress quickly enough. Resistance, such as cultural change, protective agendas and fear that insurance technology start-ups will adversely disrupt the market, have all been cited but simply cannot be allowed to derail modernisation.

In essence, the London Market is better placed to be transformed than disrupted. It would be difficult, if not almost impossible, to recreate the reputation and heritage of Lloyd’s and replicate the sheer physicality and concentration of specialist expertise and experience provided by the people who work within Lloyd’s and EC3. Past efforts by New York and Frankfurt spring to mind.

And whilst the continuing fear that face to face trading will be totally replaced by electronic trading in the hearts and minds of the less forward thinking of those who ply their trade in the environs of Lime Street, London as an insurance centre could never be accused of being inward looking or myopic. Its global distribution network has been the solid foundation that its brand, reputation and commercial success has been built upon for over 300 years, and much of this success has been based on the realisation that it must continually change and adapt to new conditions.

Transformation is no different, just rather more challenging to implement than, for example, coming up with a new insurance product to offer to brokers and clients.

As many will know, Target Operating Model (better known as TOM) leads the market modernisation and reform drive, a series of deep impact projects implemented by the London Market Group to make it more efficient to place risks in the London Market whether the broker is accessing it locally or directly from overseas.

Two core principles underpin TOM, one touch data capture and enhanced global shared central services. These look to achieve the overriding aim of reducing resource and cost on administration and thus freeing practitioners to focus on differentiating their business, making it more efficient and productive to place and underwrite (re)insurance business.

London is a broker market and they continue to play a vital part in moving forward the market modernisation process. Some have questioned whether London brokers could relinquish the premium and claims payment functionalities that have traditionally been part of their domain, leaving them free to concentrate more on their other, arguably more value added roles, consulting, advising, advocacy and placing risk, and this needs to become more of a reality.

In August 2015, ACORD announced its participation in a Lloyd’s initiative called “Project Tomorrow” which is now being utilised to send risk bound reporting data on property risks from Australia to the Lloyd’s market on a weekly basis straight through to systems in London with no rekeying. There are significant benefits, not least the receipt of more comprehensive and better quality data with no rekeying, but also a reduction in processing from 3 days to a matter of hours.

Nothing new here then some might say, but this initiative illustrates the determination of the market to make itself more attractive for existing and new business. Indeed, in Vision 2025 the target by the end of 2018 is that it will be “… as easy to deal with Lloyd’s as other insurance markets.” If this is to be achieved there really does need to be an accelerated roll out of Project Tomorrow like scenarios on a wholesale basis.

Last year the London Market Group estimated in the region of £16 billion of London market premiums could be at risk from local competition, and that the market’s operating costs were 9% higher than its rival markets in 2013. So this isn’t small beer and change, however, radical or conservative, can’t come soon enough.