Is the London Market innovating?

Cultural change and young talent, some of the topics that arose when Global Reinsurance spoke to the market 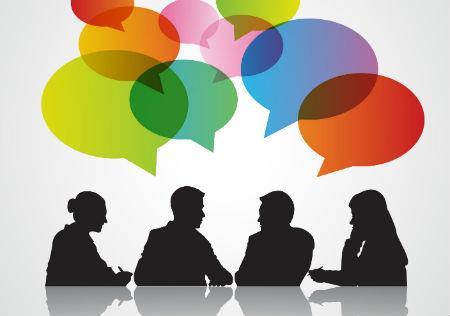 The response was varied: while some replied with a plain “no”, and others with optimism, everybody agreed on the fact that more could be done. One part of it is the fact that (re)insurance is a 300 year old industry in which businesses are still pretty much conducted on a face-to-face basis, which is why there is, as one expert described it, “a permanent need to find a balance between the particular nature and needs of this industry and the pace of innovation”.

Heritage and traditions are a big issue, but innovation needs to take place and move forward and, according to the comments from these market experts, a change of culture is key if the innovation targets are to be set and successfully achieved.

The global nature of the market also came up; one of the experts pointed out the fact that trade is done globally and, in consequence, innovation should take place in a holistic way, putting in place a plan that works simultaneously in all of the company´s offices, whether they are in London, continental Europe or the South Pacific region.

Regarding the need for agility, it was said that above anything else, there is “the need to be able to fail, and to fail quickly” — something that, as some pointed out “is easier said than done”. It was noted that, in many ways, more agile business have an advantage over the big players in the market, given that for the big ones the risk of failing is bigger, and the consequences of failing are bound to be more complicated and expensive. As one participant put it, “the London Market can´t afford to fail”.

With all of this being said, these experts agreed that “London is the place to try out new things”, and that the market has to be transformed. “We have to do it”, one of the participants emphasised.

Moving further into the key issues, one of the participants highlighted the difference between innovation in the industry and product innovation. Regarding the former, the debate shifted towards the future of the (re)insurance industry and its potential role in facing what life will be like for people in a not-so-distant future. “Insurance is likely to become ensurance; we will not just be paying when something happens, but we will also be helping things not to happen in the first place,” one expert said, gaining agreement and approval from the other participants.

“Insurance is likely to become ensurance; we will not just be paying when something happens, but we will also be helping things not to happen in the first place”

The question of how to make innovation happen was raised and, on this, the experts agreed that communication remains one of the biggest challenges, both on the internal and outward facing levels. Internal communications in particular were pointed out as “a big challenge for big organisations” and, “definitely a big thing when it comes to the market to stay relevant”.

Internal communications also came up when comparing the traditional market with the new and smaller players that are coming into the industry, such as start-ups and technologically driven enterprises. “The Googles of the world have organised their business differently in terms of hierarchy; they have an horizontal structure whereas in (re)insurance we have a chief executive who´s knowledge cascades down.”

Bottom-up vs. top-down and front-end vs. – and together with – back-end innovation were thoroughly discussed, and the matter of culture change kept coming up over and over again.

Cultural change, in turn, brought about the issue of attracting and retaining young talent into the industry, a point of concern for most if not all the participants.

“If we don´t undertake this change we are not going to attract good talent into the market,” an expert pointed out, and added: “people are going to come in and leave soon, and the industry is going to gradually retire [according to statistics, 50% of today´s executives will retire within the next 10 years].”

Being open to new and fresh ideas, having the ability to try new things and to lead by example and promoting diversity were some of the tools suggested that could help empower a new and younger generation of talented (re)insurers.

“It is not all doom and gloom”, one expert said. “We are a collaborative community, EC3 is a great location, and we need to make the best of it.”