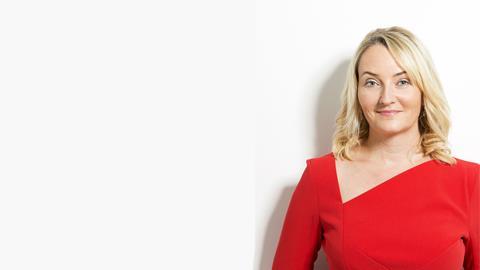 On International Women’s Day, we speak to AmTrust International chief operating officer and chair of the ILL’s Diversity and Inclusion Committee Lynsey Cross about affecting positive change from the top down

AmTrust International chief operating officer Lynsey Cross is proof that having more women at c-suite level is not just a box-ticking exercise, but rather an opportunity to expose the industry to more diverse perspectives.

For one, her path to the top has been anything but traditional. Having spent 15 years in HR leadership roles both in Investment banking and Insurance, Cross transitioned into the role of chief of staff, first at Guy Carpenter and then at ANV.

After holding the role of chief of staff for seven years, Cross proved a fitting choice for ANV chief executive. Cross proves that any dissonance from the norm, be it more women at the executive table or a non-traditional path to the top, adds fresh thinking and a fresh approach – which she is using to encourage more diverse talent into the industry and more women into positions of influence.

Global Reinsurance editor Samera Owusu Tutu speaks with Cross about her journey and the efforts she is making to smooth the way for the next generation of women on their way to the top.

Your pathway into the position of ANV chief executive via a career in HR is less than typical and in many ways is a great representation of diversity; can you tell me a bit about your journey and how your appointment was perceived?

Ontario Teachers’ Pension Plan was our lead investor and asked me to take the role. People thought it was an interesting choice.

I wasn’t an obvious choice, but I knew I had the knowledge and the skill set to get the job done. The interesting thing is I was one of few people around the executive table that would have never put their hand up for the role. As women, we tend to tell ourselves all the things that we can’t do rather than the things that we can.

Being a leader and leading a business is not about being the best broker, or the best underwriter, or the best actuary; within our company we have all of those things, my role is to make sure that all of the people that do those things really work effectively together so that we give the best performance.

I believe mentors are extremely important and the first thing I did was get myself a heavyweight insurance industry mentor, from outside of the business. It was Clem Booth; he was invaluable and really helped me on that journey.

That’s a point I wanted to raise, about you having a HR background and the issues around human capital within the industry. How do you think your HR background affected your position on issues pertaining to human capital, especially around the importance of succession?

Having the top seat at the table, I was able to impact this area significantly, and I saw it as a real privilege. I was serious about diverse recruiting and promotion, and that resulted in over 45% of our leaders being women at ANV.

I was very supportive of both men and women, but particularly of women and the challenges they faced, and that led to women wanting to work with us, making it easier to recruit diverse talent.

I joined a group of people that had built a business from something that was very small to the fortune 500 company that we have today. And yet, I think they saw during the acquisition process that I had a different perspective and they valued that. Often in an acquisition process CEOs don’t stay post-handover, but AmTrust offered me a role that they thought suited my skillset and that I would be excited about doing, and I have absolutely been included in that top table. They’ve been incredibly inclusive.

We’ve got a lot of work to do and that’s exciting.

When you were CEO at ANV you had a huge impact on the number of women at the table. Have you been able to also have that kind of impact at the much larger and established AmTrust?

I would say that AmTrust as a whole is very pro-women. Diversity is the right thing; you get better business performance from having more diverse perspectives. Our chief communications officer, and the heads of two of our biggest business segments in the company, are women, so we have some great role models at AmTrust.

From a statistics perspective, it’s harder to move the needle in a large organisation, but the company is definitely open to that.

Shortly after taking on the role of COO at AmTrust, you became the Chair of the Diversity and Inclusion Committee for the Insurance Institute of London (IIL). What are some of the key initiatives that are coming out of this committee, particularly regarding the inclusion of women at the top table?

The IIL is the largest institute under the CII with 24,700 members. Being the biggest institute in terms of membership, so we have a wide reach. I guess our role is three-fold, one is to contribute to the IIL lecture programme in terms of raising awareness of D&I and why it’s a business imperative. Another is helping organisations with regard to where to start in terms of the practicalities of D&I, by providing advice to our members. And the third is promoting all of the good things that are happening in the market to our members, whether it’s DiveIn events, Link or any of the things that the LMG are doing.

Do you feel an affinity to those you are championing when it comes to diversity and inclusion?

A lot of people in insurance come from privileged backgrounds; they went to the ‘right’ school, many are male, they followed traditional routes into their profession, and often they have family who have worked in insurance. I’m none of those things.

I’m also a mother of four children. I know what how difficult it can be to balance work and family. I’m lucky that I’m now in a position where I can afford very good childcare, it’s easier when you have that. But I’ve absolutely been there in terms of trying to juggle having a baby with a nursery run, and not being able to attend a meeting at 6.30pm say because I had to get to the nursery – and then feeling bad about not being able to attend said meeting.

For many women there are several plates to spin: your job, being a wife and being a mother. It’s easy to fall into the trap of feel guilty about struggling to managing all of this.

It isn’t easy, and sometimes you’ve got to make some tough choices, but it’s possible. Hopefully I can be a good role model for the new generation coming through and trying to make it easier for them than it was for me.

I understand that through the Committee you are trying to take a closer look at middle management and the motherhood drain, so it’s interesting to hear you speak about your personal journey. What kind of things do you believe still need to be done to tackle this issue?

I think it’s keeping good women within the industry, because we can only promote women to the c-suite if we’ve got a talent pool at the middle management level to promote from. As an industry, we do lose women after they’ve had children, because we are behind others when it comes to providing flexible ways of working. And for a lot of these women, they’re not leaving insurance because they necessarily want to stay home, in fact they often start their own businesses. We’re losing that talent because we make it hard to return, they often go to other industries which are easier for them. Providing flexible ways of working, so a woman can do the school run once a week for example, makes a massive difference to somebody’s work-life balance; I think as an industry we should be able to do that.

So nurturing human capital is key?

In terms of what needs to be done in the industry, we’ve got so much to offer so let’s make sure we get the right talent in at the grassroots level and promote ourselves so that people want to work within our industry, and let’s do everything we can to keep them once we’ve got them.