Why the future of Lloyd's is in emerging markets

Lloyd’s is pushing for licenses in India, Turkey and Colombia 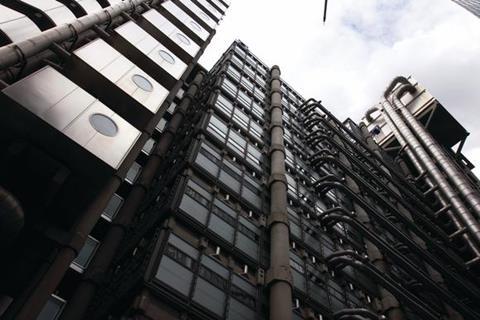 Lloyd’s stated ambition as part of its Vision 2025 plan to grow the market beyond the English-speaking world to become a true global hub for (re)insurance by 2025 is already bearing fruit, notes Aon Benfield in its latest Lloyd’s Update report.

“The continued attractiveness of the Lloyd’s platform is reflected in record levels of market capacity and high levels of M&A activity, said Aon Benfield Analytics’ international head of market analysis Mike Van Slooten. “The market has outlined its long term strategy to grow, internationalise and diversify in ‘Vision 2025’.”

At present, about 80% of Lloyd’s capital is derived from the traditional insurance markets of Europe, Bermuda, the US and Japan. By 2025, Lloyd’s hopes developing economies will account for at least 25% of its business. China, Brazil, Mexico, India and Turkey are the higher priority countries.

“I happen to think we’re living through this big shift from West to East and Lloyd’s is conscious of the fact that a lot of their business is concentrated in the English-speaking world and that they need to diversify,” says Van Slooten.

“A lot of the future opportunities are going to be in the Far East and Latin America. It’s about trying to tap into this global shift in where the capital and infrastructure spending is going to be and to take advantage of this.”

In 2012, Lloyd’s was awarded an establishment authorisation in Lithuania, which will be its regional focus for promoting business in all three Baltic States.

Efforts continue to engage with the Turkish government and regulator to explore ways in which Lloyd’s can achieve a license to write direct and reinsurance business onshore in Turkey. Discussions have also begun with regulators in Colombia.

“Lloyd’s network of global licenses is one of the key things that continue to attract new capital to Lloyd’s,” says Van Slooten. “Once you get your foot in the door all of a sudden you potentially have access to all of these different markets – that’s a huge attraction of the market.”

Not giving up on India

During 2012, the Indian government agreed that the legislation needed to allow Lloyd’s to establish a reinsurance branch operation in the country should be put forward for Parliamentary approval, although speedy resolution is not anticipated.

The Indian government is also considering whether to raise the ceiling on insurance foreign direct investment (FDI) from 26% to 49%. It is understood that a hike in FDI is critical to the India-EU trade pact.

Lloyd’s has been pushing for changes to the FDI rules. It sent a trade delegation to Mumbai in 2012 to explore license opportunities and build ties with the Indian regulator IRDA.

Lloyd’s wrote around $180m of reinsurance business with Indian companies in 2011, roughly on a par with China, more than Russia and significantly less than Brazil. But it believes it could gain a much greater share of the reinsurance sector if it were allowed to write business locally.

Premiums have continued to grow steadily since the market was de-tariffed in 2000, driven by continued economic growth, an expanding middle class and heightened demand for life and health insurance.

Market commentators have on occasion revealed their frustration at being unable to fully deploy its insurance and reinsurance expertise in the country.

“Some of these markets Lloyd’s has been trying to break into for a long time and there have been quite a lot of barriers they’ve had to overcome,” says Van Slooten. “The Indian market is a case in point where foreign insurers and investors have been looking to get into that market for some time and it’s very difficult to do so. They keep plugging away and there are some signs of movement but it’s still going to be a long process.”

“There’s always a lot of lobbying going on behind the scenes,” he adds. “Assuming they can get in, they’ve got to work out the best way of structuring themselves to take advantage of the opportunity, and that will be different in each market depending on the local regulators.”