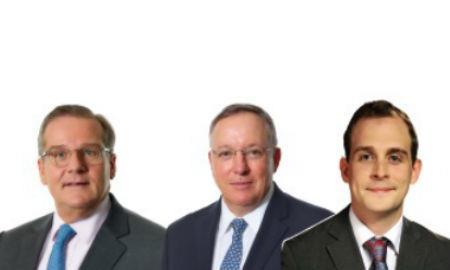 Change is inevitable – and brokers are thought to be at the sharp end of it. But is this perception accurate? We ask three senior executives at Willis Re about the need to innovate and the challenges posed by insurtech

With insurtech and innovation proving more than a passing fad, all aspects of the industry are taking note and addressing changes to processes and policy. But no element of the industry has been pitted against this progress more than the brokers. But is this an unfitting perception? Global Reinsurance sat down with three senior executives at Willis Re – deputy chairman Mark Hvidsten; president and global head of casualty Andrew Newman; and Insurtech lead Andrew Johnston – to discuss how this world-leading firm Insurtech and approached innovation and change.

Global Reinsurance editor Samera Owusu Tutu: With automation becoming a reality for the industry, what could this mean for broking?

Mark Hvidsten: There’s useful automation and there’s wasteful automation. There’s been lots of automation over the past 15 years, but most of it has been pretty useless. The digital revolution has imparted to most industries, including ours, an understanding that data is incredibly important, and having data that can be interrogated, inspected, packaged, arranged, is the real key to creating insights from data and putting it to good use for clients and other means.

Andrew Newman: In a world where capital is looking for a closer road to the customer, and the customer naturally gravitates towards the insurance or reinsurance provider that can deliver the same or a better product at lower cost, then, there is the potential for transformation.

One caveat, though is that the free flow of capital in and out of the insurance industry is hamstrung by the nature of the insurance business, and by regulation, and by requirements for capital to be held and not capriciously removed. I never imagined that conventional insurance companies would view regulators as almost a de facto saviour of their business model, as opposed to the pariah that they were 10 years ago.

Andrew Johnston: I think there will be a greater reliance on tech – whether that’s a good or a bad thing is yet to be seen, but again. It comes down to the way you use it, or the way your competitors use it, that is the major issue. One thing we’re seeing is currency wrapped in smart technology – smart contracts. I think we might see more reliance on that, and I think people’s ability to manage it or understand it is changing.

SOT: How is Willis Re intending to utilise technological developments like AI and automation?

AN: We are finding mechanisms for connecting ourselves better, faster, and more efficiently with our clients. We are finding ways to improve the efficiency of the business to drive the costs of business down, and if we are more efficient we can be more profitable. The reality is, the market is so competitive it’s more the former than the latter.

Also, the entire insurance of physical assets has the potential to be transformed through the availability of sensors and monitoring devices. And that’s a big part of some of the clients and prospects that we’re connecting with, because we want to be at the heart of connecting those business models to conventional insurers on the basis that, by and large, we’re looking for practical solutions and practical outcomes.

SOT: There had been a lot of talk of insurtech disintermediating the broking function, but at the same time the industry’s key firms are at the coalface of technological change; what does the threat of disintermediation mean and look like to Willis Re?

AN: The personal lines space, because of the nature and simplicity of the business, has been disintermediated by technology. Personal lines business was heavily agency-driven 30 years ago, and now it’s heavily computer-driven.

The more commercial and complex the business goes, the harder the disintermediation process is, because clients need price discovery, they need coverage discovery, they need an independent advisor. And it’s not so much that it isn’t physically possible to go and buy direct – the largest corporation in the world could call the largest insurer in the world and buy a policy – but how would the corporation ever know that what they were getting was the best that was possible, and consistent with the values they wanted from their programme?

And regarding the weaponization of data, can brokers become the gateway to capital rather than insurers? Yes, they can. Is that disintermediation? It’s probably enhanced intermediation.

At the other end of the spectrum, there are highly complex reinsurance programmes where reinsurers might be looking to disintermediate some of their insurers. They’re looking to support facilities and pools and new forms of insurance vehicles that go beyond their conventional insurers. So while disintermediation as a soundbite sounds like the brokers disappearing. It’s actually a lot more complex.

SOT: With a changing industry comes a change in workforce. What skills and attributes will be required of future recruits to the industry, and in particular, to the broking?

MH: In the past, you might have – incorrectly – thought that the role of the broker was to sell insurance or reinsurance to their customers.

Their role in the future, even more so than now, is going to be about advising, consulting and perhaps transacting in the most appropriate way for elements of the value chain whose needs and functions are aligned with our skills and capabilities. So you want really smart, capable, visionary people who are comfortable operating in different parts of the transaction, different parts of the advisory chain, and open to the opportunities that arise from improved technology.

I think, historically, you could get away with knowing your product and selling it; now you need a little more than that.

AJ: With such a wider array of technology available, staff are going to need to know enough about the technology they’re using to be able to defend its validity against another form of technology, because there is greater transparency now in the market, and there are more questions being asked. People will need to be comfortable with the models that they’re using and we’re going to need to have people that are open to change, and open to rapid reaction. Over the next 10 years, things will change a lot and doing things in certain ways just because we’ve always done them that way is going to be a business model that just will not work.