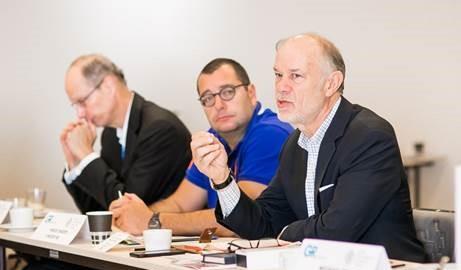 The rise of regional hubs and questions about London’s continued relevance was the topic up for debate at a roundtable held in Monte Carlo by Global Reinsurance, in association with the Dubai International Financial Centre (DIFC). Hubs such as Dubai – along with the likes of Bermuda, Zurich, Singapore, Miami and Shanghai – have created a more multipolar reinsurance world in recent years.

“The London market’s role is undisputed,” suggested one participant at the roundtable. Yet much of the next hour’s conversation at the Chatham-House-rules event was devoted precisely to challenging London’s place as the nexus of the reinsurance sector. “We’re no longer in the ‘good old days’ when London ruled the world,” quipped one (re)insurance executive.

Another speaker quoted remarks made previously by Willis Re CEO John Cavanagh that Lloyd’s has been “losing its grasp” for the past 30 years, and particularly had lost its distinctiveness since the arrival of Bermuda as a US property catastrophe hub.

“Lloyd’s has lost its grip,” said one panellist, suggesting the subscription market’s urge to manage the cycle and protect capital places restrictions on flexibility that stymies growth and creativity. “That and it’s expense base is killing it,” the speaker added.

Growth has not been a problem for emerging reinsurance markets. “There is an asymmetry of growth,” noted one panellist, which is common to many industries. The emerging markets of China, India, Asia Pacific and Africa are expanding their (re)insurance buying needs at such pace that the centre of gravity of the industry is shifting eastwards. “Lloyd’s is a preeminent market but not the preeminent market for global reinsurance business,” another participant added.

Technology was identified as a major factor in the relative success of reinsurance centres. How business is conducted is changing, and needs to continue to change. A “virtual cluster effect” could go some way to making old ways of doing business obsolete.

“People are important and even in a virtual environment trust is important.”

Not pulling any punches, one speaker said: “Trust in the view of my fintech colleagues is a phrase for an outdated concept based on human unreliability. Everything in this industry can and will be digitised. Look at emerging hubs and the underlying technology important.” Another added: “Thirty years from now I think we’re going to look back on the way we do business now and laugh.”

But older qualities of relationship-building and trust are still viewed as vital in reinsurance, rebutted another panellist. “It’s about being there for the long run,” they said. “People are important and even in a virtual environment trust is important. Do they behave in the same way over time; and do they do what they say they’re going to do?”

Panellists spoke of a divide between “young and old” and “established and emerging” – applicable to people and markets. Singapore, Dubai and other emerging hubs have leapfrogged London in some respects, lacking its legacy systems with Lloyd’s has struggled to modernise.

Despite the problems of modernising, participants noted that London maintains a leading position not only thanks to the City’s strengths in specialty market talent, but partly because it is also a centre of financial technology start-ups. Silicon Valley may be a mecca for fintech start-ups, just as Bermuda is viewed as a great place to launch a new (re)insurance business, but the sheer volume of technology and expertise present in London “would not even physically fit on the island of Bermuda”, one panellist noted. Meanwhile many of the newer reinsurers set up in emerging markets have still opted to open London offices, another speaker added.

Regulation was jumped on by many panellists as a big bugbear and a barrier to a nimbler market, particularly for start-ups. “What is missing [in London], compared with Bermuda, is most important: ease of establishing and creating new business,” said one panellist. “You want the regulatory and tax framework to encourage speed,” they added.

Another noted that nearly going out of business is the reason why Lloyd’s is cautious about letting in entrants, and keeping close control over their business plans. Even so, the regulatory burden is onerous.

The regulatory burden the UK has placed on wholesale brokers hugely disproportionate to the risks posed,” one speaker said. “We’re all grownups here. Why do we need a nanny coming around telling us what to do?”