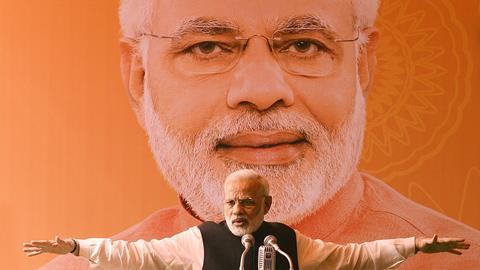 Last month saw the initial public offering of India’s national reinsurer, GIC Re, in the third-largest stock market flotation in the country’s history. The sale was the latest step on a journey that has seen the government of Narendra Modi open up India’s financial services sector to international investors and operators.

India is moving up the table in the World Bank’s Doing Business rankings as a range of measures including tax reforms, investor protection and insolvency rules are improved. The cap on foreign direct investment has been lifted from 26% to 49% while international reinsurers have been granted licences to open operations onshore.

Major reinsurers including Reinsurance Group of America, Swiss Re, Munich Re, Hannover Re, SCOR are in the vanguard of underwriters aiming to take advantage of the opportunities afforded by operating in the world’s second most populous country while Lloyd’s has also established a presence.

In order for Lloyd’s to open its reinsurance branch in Mumbai it was necessary for the Insurance Regulatory and Development Authority of India (IRDAI) to acknowledge its unique structure and pass a separate set of regulations for Lloyd’s in India. MS Amlin established the operation’s first syndicate and Lloyd’s says it is now working with the IRDAI on an application for a second syndicate.

Shankar Garigiparthy, CEO of Lloyd’s India, said: “The Indian market is seeing strong growth within the insurance sector. With the help of Lloyd’s and other leading onshore reinsurers the market is well poised to introduce new products and enhance insurance penetration in the country.

“It is also very encouraging to see the Indian government’s move to divest some of its interest in the largest insurance and reinsurance company in India, and the IPOs of both these entities have been well received in the local market. This has also led to other private insurers announcing their IPOs and this will bring about enhanced corporate governance and transparency.”

The Modi government took office in 2014 and the following year it amended the country’s Insurance Act to lift the ceiling on FDI and open the market to foreign reinsurers. In 2016 it followed this by introducing E-insurance policies, which has helped in development of a rapidly growing Indian (re)insurance industry.

The Modi government has also introduced various insurance schemes, most notably in Personal Accident, Health and Crop insurance, which are all aimed at increasing insurance penetration within the country.

Garigiparthy says: “All of these schemes have been well accepted and implemented by the insurance industry and we hope to continue to build upon such a strong subscription base. The government’s crop scheme, in particular, has attracted a lot of attention from the international reinsurance market and the scheme is set to become the largest in the world by 2020.

“We are also encouraged with other measures introduced by the government, such as mandating Title insurance for all property projects and this is an area that Lloyd’s is well positioned to support the Indian market, as they look to introduce Title insurance products.”

Reforms to the (re)insurance sector are part of a wider strategy to boost the country’s financial sector. The Modi government is trying to strengthen the banking system through banking reforms, which address the non-performing assets issue and by adequately capitalising the banks.

…emerging markets accounted for 20% of global premiums in 2016, up from 5% two decades ago.

In another initiative, in 2015 Modi fired the starting gun on the development of Gujarat International Finance Tec-City (GIFT city), which is being modelled on the international financial hubs of London and Singapore. This area will have a special economic zone, world-class communications infrastructure and an international technology park.

However, it remains early days in the development and opening up of India’s financial sector and much work remains to be done. In terms of insurance, emerging markets accounted for 20% of global premiums in 2016, up from 5% two decades ago.

“However, there are some structural bottlenecks such as lack of risk awareness, and slower build-up of enabling infrastructure and talent, which constrain these markets from realising their full potential,” says Kalpana Sampat, CEO - Swiss Re India Branch. “Therefore, a supportive and reform-oriented government is crucial to eliminating these bottlenecks and creating an environment of sustainable development for the industry.”

Sampat continues: “A supportive government can help establish a regulatory framework that fosters trust in the industry. In addition to governments, other stakeholders, including insurers themselves, can increase awareness about risks through education and outreach programs. Sometimes mandatory insurance, not just for motor third-party liability, can also support market growth.

She concludes: “Currently, the Indian reinsurance business is subject to ‘Order of Preference’ regulations, which have created a tiered system in which Indian insurers are required to cede business to reinsurers according to a prescribed order of preference. In the near future, if the government makes it a level playing field for all the reinsurers licensed in India, then the ensuing competition in the market will help create even better and more competitively priced insurance products.”