Zurich’s property and casualty GWP up by 11%

Zurich reported that its property and casualty (P&C) gross written premiums were up by 11% at £31.2bn on a like-for-like basis in its Q3 trading update today (11 November).

Within this, the insurer saw growth in retail and commercial insurance. 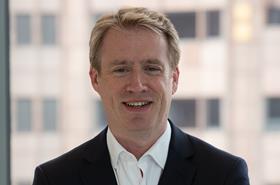 Meanwhile GWP in P&C for 2021 in Europe, the Middle East and Africa which includes the UK was £14.4bn.

“The group has continued to make strong progress toward achieving its 2022 strategic and financial goals.”

In EMEA region, there was a 6% increase in GWP on a like-for-like basis, this is compared with the previous year.

Meanwhile in retail, growth was driven by both personal lines and SME business as well as benefiting from the normalisation of economic activity compared with the previous year.

In commercial insurance however, GWP grew in all major markets, most notably in Switzerland and the UK, this was supported by rate increases.

Quinn continued: “Recent claims events are likely to extend the hard market, with the gap between rate increases and loss cost inflation likely to persist for longer than previously expected.”

He said that technical profitability is expected to continue to improve despite catastrophe losses which are three to four percentage points higher than the long-term average.

“These trends, including our robust customer growth and our very strong balance sheet, allow us to look forward with confidence to achieving our targets,” Quinn added.