An in-depth exploration of the US 'hurricane drought'

Malcolm Haylock – head of research and development, Aspen Re – analyses the occurrence of hurricanes through application of statistical models. The lack of a major hurricane making US landfall in the last nine years does not change the probability of such an event in 2015 but one can comment on the likelihood of another hurricane drought lasting nine years or longer 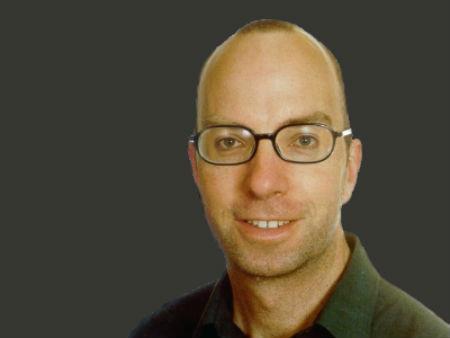 The US has experienced a “hurricane drought” for the last nine years. No major hurricane (Saffir-Simpson category 3 or higher) has made landfall over the US since hurricane Wilma in 2005 and no hurricane of category 1 or higher has made landfall over Florida. This break in landfalling major hurricanes is the longest on record, as documented in the National Hurricane Center’s HURDAT database. Despite this US landfalling dearth, hurricane activity in the wider Atlantic basin has not been unusually low, nor has the Caribbean been spared from landfalls.

Chance: The Individual and the Many

The question naturally arises as to what is the likelihood of such a break occurring purely by chance. The issue can be viewed by characterising the arrival times of major hurricanes over the US as a random process. Randomness is an unusual property, as it implies that while individual events are by definition unpredictable, the outcome or distribution of many events is known. A series of coin tosses is the simplest example, where individual tosses are unpredictable, but with the expectation that after many tosses half would be heads.

The field of statistics provides a rich variety of tools to address such randomness that defines the world of natural hazards, with the Poisson distribution and Generalised Pareto distribution commonly adopted. Occurrence of such events can be characterised as a homogeneous Poisson process, where the arrival of storms are independent events but with a fixed average rate of arrival. The independence criterion means that the arrival time of an event has no relationship to any other events. With 55 storms in 115 years, it is the same as picking 55 random dates from the 115-year period. Independence also means that, despite having already waited nine years for a major hurricane, the chance of observing one this year is the same as any other year and independent of the waiting time.

A Poisson process can be analysed in several ways: by the number of events per time interval (e.g. years); by the times of the individual events; or by the waiting times between the events.

Just as the Poisson process can reveal the probability of having a certain number of events per year, it can also inform the waiting time between events. In this case, waiting times are contaminated by the fact that historical landfalling major hurricanes have only occurred between the months of June and October. A better match to the statistical distribution that characterises Poisson process waiting times (called the exponential distribution) is obtained when all months outside of the hurricane months are removed. In other words, the waiting time from, for example, 31 October 2010 to 1 June 2011 is (treated as) only one day. From this statistical modelling of the observed waiting times using the exponential distribution, we can get the return period of a nine year wait directly. A nine year wait is 1377 days including only the hurricane months, which has a return period of about 86 years using the Poisson process model.

This analysis of waiting times used the Poisson process model to extrapolate far into the tail, but unfortunately this is not the most appropriate tool for analysing such extremes. Extreme value statistics, in particular the Generalised Pareto distribution (GPD), is often used by natural hazard specialists to construct a better statistical model. The distribution of the extreme arrival times should converge with the GPD distribution if one assumes that hurricane waiting times arise from a single distribution.

Statistical modelling of historical events is the simplest method in the analysis of natural hazards and should be the benchmark for any probabilistic models. Increasing complexity of models might bring additional benefits in understanding, but will also likely involve making further assumptions about the underlying physical processes. There is evidence to suggest that hurricane counts vary on inter-annual to inter-decadal time scales and it might be prudent, therefore, to increase the sophistication of the model by allowing the rate of arrival of storms to vary over time. Such a framework is provided by the inhomogeneous Poisson process models.

Alternatively, a more physically based statistical model might employ sea surface temperature (SST) variability, one of the key drivers of hurricane variability, to inform the model. Such a model has been utilised in a recent study to determine a return period of the recent hurricane drought, by using observed SSTs since 1950 to create many realisations of synthetic hurricane tracks. This model resulted in a return period of a nine-year break in major hurricane landfalls of 177 years; less than the 282 year estimate in our analysis above but well within the range of our estimated uncertainty.

View this article online at www.aspen.co