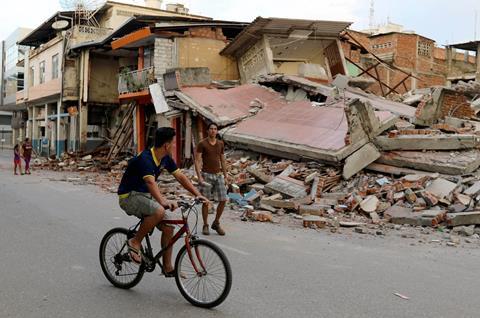 According to Aon Benfield’s catastrophe report, released this week, the global economy has suffered the worst April natural disaster losses for five years.

Aon Benfield’s catastrophe model development team just launched the latest edition of its monthly Global Catastrophe Recap report, which evaluates the impact of the natural disaster events that occurred worldwide during April 2016, including the major Japan and Ecuador earthquakes, which economic losses are expected to exceed $10bn and $3bn respectively.

Impact Forecasting director Steve Bowen said: “The global footprint of natural disaster losses in April was significant. Between major events such as the Kumamoto earthquake, the severe convective storms and flooding in the United States and flooded agriculture in Argentina, economic and insured losses are poised to make this the costliest April since 2011.”

He added: “The large differential between the economic and insured losses is yet another reminder of how much opportunity exists for the insurance industry to help engage with governments, communities and businesses around the world to provide the risk expertise that can help mitigate the effects of natural disasters.”