Insurer Aviva’s current head of cyber insurance Neil Arklie has announced that he will be leaving the business to join Lloyd’s of London, effective January 2022.

He will become the market’s new head of cyber, driving its overall strategy for this business line – Lloyd’s described cyber cover as “a class of focus in the market”.

In a LinkedIn post published this month, Arklie said he had “been given an opportunity that I could not turn down”.

He wrote: “After over three wonderful years at Aviva, I have been given an opportunity that I could not turn down. 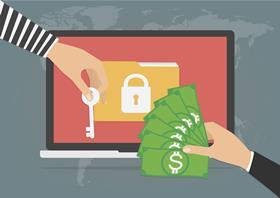 “So, thank you to everyone at Aviva who [has] created and marketed the Aviva cyber product. We are doing very well in tough market conditions and I believe [Aviva] will continue to do so.

“I will be around for a couple of months to help with the transition. So, onto my next endeavour working for Lloyd’s with more details to follow.”

Arklie joined Aviva back in August 2018, according to his LinkedIn profile. He has also worked as the vice-president of financial lines at Axis Capital and spent just over 13 years at reinsurer Swiss Re.

He has previously worked at insurer Chubb too, as a senior underwriter.

Speaking on the appointment, Tony Chaudhry, Lloyd’s head of performance management, said: “Following a competitive, high interest and rigorous selection process, I am delighted to welcome Neil to Lloyd’s.

“With around a fifth of all premium in the global cyber insurance market written at Lloyd’s, Neil’s extensive expertise and profile across a varied career will provide strong leadership and influence which will help Lloyd’s achieve sustainable, profitable performance in this important class of business.”