Whether a paradise lost or a land of opportunity, it’s a new world, a new day, and a road to the unknown, writes Global Reinsurance Editor 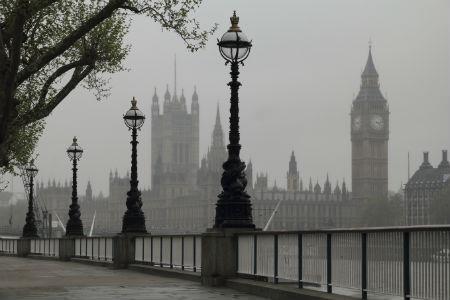 I’m not sure which has been more implausible, the British public exiting the EU or the notion that it’s business as usual. The latter is the resounding message being perpetuated by the major industry players in London as they retreat into their shells in a crab-like fashion.

While Lloyd’s may indeed remain the global heart of specialty, and London may continue as a major force and hub for (re)insurance, one thing is for certain, it will not be business as usual.

Brexit by its very nature is unusual. Or rather, unique. The impact on the financial sector is seismic and has reverberated to the sector’s core: its currencies.

The pound plummeted to a three-decade low against the dollar, stripping £140bn off the FTSE 350 and leading Standard & Poor’s and Fitch to downgrade the UK’s sovereign rating.

And while the Euro remains up against the pound, the same can’t be said about other pairings where it suffered because of its association to the pound.

Chancellor George Osborne’s ILS ambitions will have been deeply wounded

The investors have spoken. For a (re)insurance industry on the brink of technological evolution with the development of FinTech and exploration of cyber, and expansion at the feet of emerging markets and the world’s burgeoning middle classes, the timing is less than favourable.

But this isn’t just a road-bump for the industry’s wishlist. What lies ahead will likely be a shift in current modes of operation. The issue of passporting is a key sticking point for (re)insurers, as in reality there is only one real risk management action here – particularly for those firms that have a consolidated European operation based in London or Ireland – and that is the moving of headquarters on to the continent. Having representation in each EU country and compiling to their individual regulation is just not feasible.

London may indeed hold firm through the turbulence, but with key firms potentially shifting out of the city, the victory might be pyrrhic. For starters, Chancellor George Osborne’s ILS ambitions will have been deeply wounded – with no access to Europe, what would give a London hub the edge over a cheaper, more established Bermudian one?

While the industry in Europe tries to plod on through the coming weeks, it does so through a new and evolving context, and with it an overall diminished business confidence.

Frankfurt has been mooted as a potential alternative to London

With all of this said, it is not a mere platitude to say the industry must remain positive and look for future prospects – it is a necessity. While the uncertainty will be extensive, the hysteria cannot be allowed to continue unabated.

The change is not a threat to all; to many around the globe Brexit offers significant opportunities. China, for example, is showing early signs of interest regarding investing in what might be a more ‘flexible’ Britain.

Frankfurt has been mooted as a potential alternative to London as a new base for international firms if passporting is not negotiated into a new trade deal between Britain and Europe – but whether the city has the manpower, the skills, or the logistical appetite to take on 150,000 people and tackle a language barrier, remains to be seen.

A Lloyd’s focus away from Europe would support its ambitions to be more prevalent globally, and with recent stools being set out in Latin America and India, emerging markets could potentially benefit from the increased attention, skills and investment.

These are just a few cursory observations of potential opportunities – but while London’s bridge to the EU is falling down, it’s hard for those in the thick of it to see any good, let alone explore it.

Whatever the perspective, all we can ultimately do at this stage is speculate. This is just the start of a long period of uncertainty.

Regardless what the next few years holds, or who the winners and losers will be, what can be depended on is that fact that the face of this industry will be changed forever. This is a top-down watershed moment that will cut deeper than the initial sever.