After the terror attacks in Paris, and with a increase in weather-related events, does the way risk is tackled need to evolve in line with today’s threats? 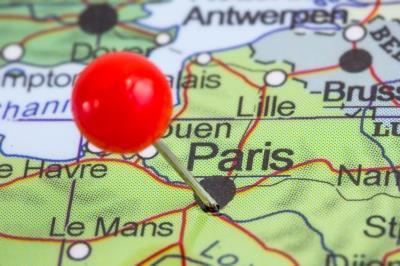 As the nature of catastrophic events evolve, the French market is raising questions on whether the time has come to make changes to the country’s insurance and reinsurance pools.

So far, both have been successful in avoiding that volatility takes hold of the market when extraordinary climate or terror events hit the country.

But, with models forecasting an increase of both the frequency and intensity of weather-related losses in the future, and with France becoming a target of attacks by radical groups, some have raised the question of whether adjustments are in order.

In December, AFA, France’s new insurance association, released a white paper on the impacts of natural catastrophes where proposals are made to fine tune the current insurance pool.

The document puts much emphasis on boosting the risk management capabilities of the state and to the promotion of a culture of prevention among local governments and companies in order to mitigate the effects of floods, droughts and other weather-related events.

It also suggests 12 reforms to the insurance component of France’s nat cat regime, which was first implemented in 1982. For example, AFA suggests that insurers should have the freedom to set up the catastrophic rates to apply on insurance contracts covering risks worth more than €50 million.

As it is today, a flat 12% extra rate applies to property damage policies to fund the system. Insurers claim that, as it is designed, the regime fails to reward insurance buyers who invest in risk management or chose to locate their facilities in areas with lower exposure. Large insurance buyers also often complain of the one-rate-fits-all character of the system.

But there are concerns that the regime could be compromised if it fails to encompass all property insurance buyers. “This is a legitimate question. The answer, however, is not an obvious one,” said Laurent Montador, the deputy chief executive at Caisse Centrale de Réassurance (CCR), the state-owned reinsurer. “The principle of solidarity that rules the system must apply to everybody.”

Montador fears that, if selectivity trickles into the system, the wide reach that the regime enjoys today could be jeopardised. “We believe that, the most mutualised the system is, the most it strengthens the principle of solidarity,” he said. “If we move towards a system where insurers are too selective of the risks that they take, we could arrive to a situation where there are many excluded risks and only, let’s say, one third of the population are covered by nat cat policies, as in Germany.”

CCR is the reinsurer of the system. Its role is to take all nat cat risks that insurers want to transfer to the reinsurance market. Insurers collect the surcharge and have the freedom to choose whether to transfer it to CCR or to retain the risks. This is a cause of concern among insurance buyers, who fear that some companies that retain too much catastrophic risk might be unable to pay claims, if a large event hits the country.

The system is ready to face the future challenges created by weather events, Montador said. But we insist a lot on the need for the state to play the role of risk manager by putting much emphasis on issues such as prevention and crisis management.”  – Caisse Centrale de Réassurance deputy chief executive Laurent Montador

In the white paper, AFA is silent about this particular concern, but it urges a rethinking of other aspects of the system, such as the inclusion of coverages for the relocation of families and the transfer of some of the potential losses caused by droughts on buildings, to the 10-year mandatory construction insurance regime.

Montador, for his part, sees room for debates regarding the integration of France’s nat cat regime to international insurance programmes. “Some companies may be part of multinational groups, and, as a result, be covered by international policies. Such policies may include limits of indemnity according to the type of event, including catastrophic ones,” he said. “This kind of clause is acceptable under the current regime, but it could be made more explicitly valid via legislation.”

AFA estimates that the costs of nat cat events in France will more than double in the next 25 years, compared to the previous quarter century, reaching €92bn.

“The system is ready to face the future challenges created by weather events,” Montador said. “But we insist a lot on the need for the state to play the role of risk manager by putting much emphasis on issues such as prevention and crisis management.”

For its part, France’s terrorism pool, GAREAT, has been thrown under the spotlight after the two terror attacks that took place in France in 2015.

The attacks did not exert excessive pressure on GAREAT as property damage losses covered by the pool, along with business interruption directly linked to terror attacks, were not particularly high.

But they highlighted the evolving character of terrorism threats, with militants more interested in killing bystanders and disrupting daily activities, rather than causing physical damage to property.

France’s risk management association has urged the system to look into extending its reach towards the emerging effects of terror attacks. There are also claims for the inclusion of cyber terrorism into the events covered by GAREAT, which was set up after the 2001 attacks in the US.

“The current terrorism scheme will get to an end by 2017,” Mr Montador said. “Therefore, in the next two years we will have plenty of debates to evaluate any adjustments that might be made to the mechanism. Discussions about the inclusion of business interruption losses without physical damages in the GAREAT regime are just beginning.”

This is a particular concern with regard to massive cyberattacks on critical infrastructure, which could affect the business of companies even though they are not close to the physical location of the facility under attack.