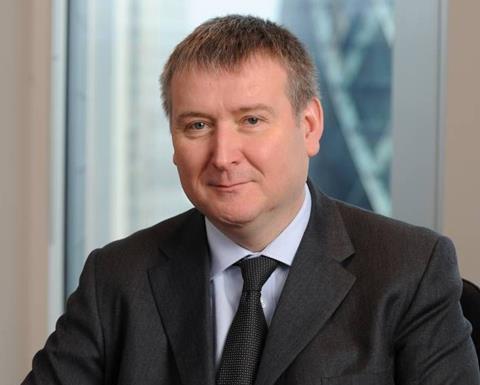 Around 100 reinsurers have shown interest in taking part in Flood Re’s £2.1bn reinsurance programme, according to its chief executive Brendan McCafferty.

The UK flood scheme is buying reinsurance from the private market to protect itself against large losses. It hired Guy Carpenter in January this year to help.

As Flood Re is being run as a public body, it is buying the reinsurance through a public tender process, which began in July.

Flood Re chief executive Brendan McCafferty told GR’s sister title Insurance Times: “That is a very good, confidence-boosting measure of our likely success in getting this procurement done.”

Reinsurers are likely to be interested in reinsuring Flood Re because it is new risk they have not previously had access to.

Flood Re is a replacement for the Statement of Principles, an agreement between the government and the insurance industry.

Under the deal insurers agree to insure properties at a high risk of flooding for lower premiums than they would ordinarily charge for such risks in return for government spending on flood defences.

Under the new scheme, insurers will buy reinsurance protection from Flood Re for these high-risk properties. Flood Re will be funded by a £180m annual levy on all household policies.

The external reinsurance programme is one of a series of initiatives Flood Re needs to complete before it goes live in April next year.

Flood Re has invited insurers, brokers and software houses to start registering with and testing their systems with Flood Re. Testing will take place at the end of September.

While there has been scepticism in the past about whether Flood Re would be launched, McCafferty said the recent progress shows Flood Re is now a reality, and so insurers should not delay in preparing.

He said: “My message to the industry is: Flood Re is coming. You need to work out how you are going to get value from a levy of £180m a year.

“To get value from Flood Re, most businesses need to review their strategy and make sure it works for them.”