HM Treasury has today (1 July 2021) published its response to the call for evidence around the review of Solvency II regulations – based on written feedback from 64 firms, it believes “many aspects of Solvency II are overly rigid and rules-based” and that the regime needs to be “more proportionate and flexible so that it works more effectively and outcomes can be delivered more efficiently”.

On 23 June 2020, the government announced its intention to review certain features of the prudential regulatory regime for the UK insurance sector, known as Solvency II. The call for evidence around this work, which would form the first stage of the review, was issued on 19 October 2020 and closed on 19 February 2021.

HM Treasury reported that “respondents were strongly supportive of the Solvency II regime” and that the industry felt it had “improved standards of risk management and reporting in the insurance sector as well as the overall standard of prudential regulation”. Therefore, “respondents stressed that Solvency II should be retained, not least because of the cost and disruption to replace it in full”.

However, respondents agreed that improvements could still be made while keeping the current framework. Suggestions included:

HM Treasury noted that this feedback aligns with the overarching aims of the Solvency II reform, which are:

Upon reviewing the evidence responses, HM Treasury confirmed that “the government will work closely with the PRA to identify an optimal reform package that can be implemented as soon as possible” as “reforms to Solvency II are required if the prudential regulatory regime is to be consistent with the government’s objectives”.

The report stated: “Overall, the responses to the call for evidence provided extensive evidence that many aspects of Solvency II are overly rigid and rules-based. The government agrees with this evidence. 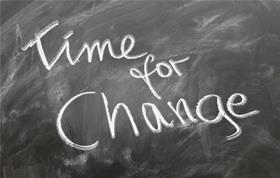 “The government wants to see a prudential regulatory regime that is more proportionate and flexible so that it works more effectively and outcomes can be delivered more efficiently.

“Such a regime would include a better mix of judgement and rules so that it can be better applied by the PRA, as well as by insurance firms.

“It would better support a vibrant, thriving and competitive insurance sector. It would also provide a sound foundation for insurance firms to provide long-term capital to the economy, including investment in long-term productive assets as well as investment consistent with the government’s climate change objectives.

“Such a regime would ensure high standards of policyholder protection and the safety and soundness of insurance firms.”

Areas particularly ripe for change, according to the government’s response, include reforming the risk margin to “free up resource on, and reduce the volatility of, insurance firms’ balance sheets”, amending “the application process for the matching adjustment” and ensuring that the framework for the calculation of the solvency capital requirement does “not place disproportionate burdens on insurance firms”.

The report further referenced the “streamlining of reporting requirements” and “technical changes to the risk-free rates used by insurance firms to discount their liabilities”.

Speaking on the news, Charlotte Clark, director of regulation at the ABI, said: “We welcome the government’s confirmation it will reform Solvency II as soon as possible so our sector can meet the government’s ambitions and maximise our contribution to climate change investment.

“Solvency II reform will be key in increasing UK competitiveness, driving investment in the green economy and supporting economic growth across the UK.

“We are pleased that the government recognises our proposals for reform of the risk margin, for the matching adjustment to be less burdensome and for reduced reporting requirements. This will make it much easier for our world leading insurance and long-term savings sector to invest in long-term assets and make more effective use of capital.

“We look forward to working with the government and the Prudential Regulation Authority on the detail of these reforms. It is vital that the reforms are not delayed so that our sector can do more to stimulate the economy, support growth and the transition to a green economy.”

In terms of next steps, the PRA will launch a quantitative impact study this summer and work with the government to analyse its results. This study will inform a comprehensive package of reforms for consultation in early 2022.

Furthermore, the government will publish a second consultation on the Future Regulatory Framework Review later in 2021.