The ultimate industry losses as a result of Hurricane Ian are likely to be significantly higher than current estimates due to the impact of inflation and potential litigation. This is according to Yörn Tatge, senior vice president and managing director of Verisk’s insurance solutions office in Munich.

Speaking to Global Reinsurance ahead of the Baden Baden reinsurance meeting, he said the cat modelling firm’s industry loss estimate of $42 billion to $57 billion did not include these additional amplification impacts. 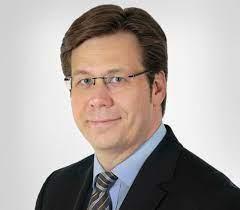 The challenges of the Florida market and political pressure to pay out on claims could impact the final loss tally substantially, he thought. As was the case with Hurricane Katrina, insurers could be pressured to pay out for claims where flood was a more likely driver of the loss.

“There’s always political pressure to cover these sorts of claims and it can be difficult to distinguish between wind and flood damage, particularly when it’s a complete loss,” said Tatge.

“There are pressures to pay out for flood damage, even though flood is not covered in many cases and the flood take-up is very low [in Florida].”

”I would expect some loss creep in this environment when we have very high inflation rates and social inflation - all these things play a role and so I’m quite sure we will see a loss creep.”

Just as Hurricane Andrew occurred late in the season in an otherwise relatively benign year, Hurricane Ian is a major event that is further complicating what was already a challenging renewal discussion.

“The waters over the Gulf of Mexico were very warm so Ian had a real chance to intensify and become this borderline category 5 hurricane,” said Tatge. “It was somewhat similar in track to Hurricane Charley [in 2004], but it was much bigger and more powerful and the impact was very significant.

“There was a huge storm surge in many areas and it moved fairly slowly so the impact was really significant and a lot of properties got heavy damage from that. These kind of storms need to be expected every season.”

As cedants, brokers and reinsurance underwriters continue their meetings in Baden Baden, Tatge anticipates the steady increase in losses from natural catastrophes to feature strongly.

Verisk estimates that on an annual average basis, catastrophes around the world are expected to cause about $123 billion in insured losses, compared to an average of $74 billion in actual losses over the past 10 years.

This means the last five years should not be viewed as out of the ordinary.

Verisk’s models also show at least a 50% chance of experiencing a single year in the next decade with insured losses in excess of $200 billion.

While climate change is a factor, producing wetter storms like Hurricane Ian, for instance, “the bigger driver is the increase in exposures both in numbers and in value” according to Tatge.

“This can be seen again and again,” he said. “An area that wasn’t hit by a severe hurricane in a long time creates a lot of losses because of the pure growth rates of exposures in that region.

“Exposure concentration, climate change, inflation and other loss cost related factors are the main drivers of the growth in losses we are currently seeing.”

“There is no reason why we shouldn’t see a $200 billion year event in the coming years when you take into account the full spectrum of potential losses.”

As catastrophe losses grow in severity over time, the industry must remain sufficiently capitalised to absorb such losses.

With a background that includes time in the reinsurance sector, Tatge is clear about what needs to happen in the rating environment.

“The classic case is Florida where the original rates are not sufficient and everybody has to realise that rates will go up,” said Tatge. “The primary rates need to go up to reflect the risk - this is not only because of climate change but also because of inflation and increase in the cost of building materials. It all adds up.

“There is a need to increase original rates so the whole value chain can sustain these bigger losses.”