The Dive In 2021 festival will reveal a ‘big pool of talent that people don’t realise they are not tapping’, explains sister title Insurance Times

Equality, diversity and inclusion is about “bottom line and business success”, but by failing to remove barriers to entry for the insurance sector, firms can miss out on “an incredible pool of talent”, said Jason Groves, director of communications at Marsh and chair of the Dive In Festival.

He continued: “Even if you’re a number cruncher, there is a great reason why you should think that having a more diverse organisation is a good idea because it’s going to make you more successful and more profitable.” 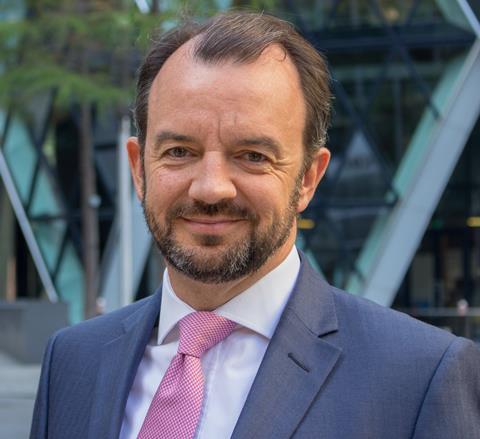 Despite these headline benefits, however, “the industry has been regarded as fairly slow to react” and has so far failed to demonstrate “meaningful change” in this area, said Olivia Toulson, legal director at Birketts.

Now, however, the “regulators want to speed up” progress through the use of a discussion paper, which was published in July (2021). Titled Diversity and Inclusion in the financial sector – working together to drive change, it is asking firms for feedback on developing detailed proposals around diversity and inclusion.

In the paper, the FCA, the Bank of England and the Prudential Regulation Authority (PRA) have come together to deliver a “very strong message”, giving firms “time to prepare for increased scrutiny and possible sanctions”, Toulson added.

The deadline for responses to the paper is 30 September 2021.

She continued: “It’s fair to say the document pulls no punches.

“It’s a real reason why we need to start engaging now because if there isn’t a pipeline, [and with] one third of the people that work in insurance are over 55, we’re not going to be able to replace those people if we’re not careful – so we’ve got to make [the industry] look attractive to a whole range of potential new recruits.”

To achieve these recruitment ambitions, understanding the current industry demographic is an important starting point.

For example, Lloyd’s Ethnic Diversity in the Workplace Report (October 2020) highlighted that 71% of black respondents said they had experienced barriers in recruitment. The most perceived barrier identified by respondents, however, was a lack of visible diversity.

The report also stated that 69% of black and minority ethnic respondents said they are significantly more likely to apply for a job based on their perception of an organisation’s commitment to diversity and inclusion.

Despite this, less than half of businesses (41%) have affinity groups to support and connect people from different backgrounds or monitor staffing data on protected characteristics, according to the Chartered Insurance Institute’s (CII) Attraction and Retention of Diverse Talent in Insurance report (September 2020).

‘Real extent of the problem’

A reported lack of employee disclosure around culture and ethnicity could mean that today’s figures are not an accurate representation of the industry, however.

This was highlighted in the FCA’s aforementioned discussion paper, as the regulators were “very dismayed when they did their surveys that companies did not have enough data for them to be able to understand the real extent of the problem in the industry”, explained Toulson.

She continued: “What the regulators want you to do is start to create a culture to encourage employees to respond to these data set rates and explain why it is so important for the industry as a whole and for attracting future recruitment talent.”

Groves added: “What gets measured gets managed, so it’s very important to collect and have accurate data so we can respond properly, otherwise you’re not making fully informed decisions.”

Data collection, and in turn diversifying the workplace, is also essential for businesses because “we work in communities that are diverse [and] we operate in landscapes that are diverse”, explained Tara Foley, chief executive at Axa Retail UK.

She continued: “We need to have [a] diverse employee base and diverse senior leadership as well.

“All of the studies will show you that those organisations that are in the upper quartile for diversity and inclusion [have] anything up to 35% extra on profitability, so not only is it the right thing to do, but it’s also commercially a smart thing to do.”

To help the industry think differently around these topics, Lloyd’s of London is hosting the annual Dive In 2021 Festival between 21 and 23 September.

This year’s theme of ’Active Allyship’ seeks to educate and empower those in positions of privilege to understand how to be effective allies and champions.

Attendees will be urged to turn their commitments into actions when supporting underrepresented groups, as well as take responsibility for creating an inclusive workplace.

Discussing the festival and active allyship in deeper detail, Groves thinks the event will reveal a “big pool of talent that people don’t realise they are not tapping”.

However, “social media posts about being an ally doesn’t cut it – that’s not good enough”, he added.

“This is about what are you doing – everyone in this industry can do something to help change the culture, even if it’s only within their team and they work in a small team – there’s plenty that you can do.

“We’ve all got roles to play, even for those of us who come from one of those protected characteristics.

“Everyone should feel energised to do something.”