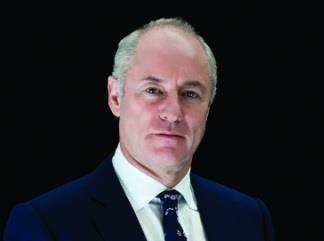 Can you describe how Aspen has navigated the global reinsurance and insurance markets over the past 12 months, and what lessons you’ve learnt?

We have made good progress in the last 12 months but in increasingly challenging market conditions. We have made meaningful investments in both our insurance and reinsurance businesses in recent years and are now seeing the benefits of these investments.

Looking at the insurance side first, we have a well-established and diversified international business and a US operation which is achieving disciplined growth and gaining scale. Our Lloyd’s platform is an integral part of the insurance franchise. We have grown this organically and in 2014 close to $500m of our GWP was written on this platform.

On the reinsurance side, we had another spectacular year in 2014. We tend to think about our reinsurance business in four sub-segments: property cat, other property, casualty, and specialty. While all four of these performed well, the reinsurance market is facing the strongest winds of change. We’re giving a lot of thought to how Aspen Re remains a high-performing, relevant operation. We think that comes down to expertise and whether we’re able to offer that expertise in a way that adds real value to our brokers and clients.

About three years ago, our reinsurance operation started operating primarily as a regionalised business. The result is that most decisions are now taken at a local level by empowered regional managing directors. That means we have better market intelligence and better relationships with our clients.

Do you see the wave of consolidation within the industry as an opportunity or do you prefer to be an observer of recent events?

Leo Tolstoy famously started Anna Karenina: All happy families are alike; each unhappy family is unhappy in its own way. The reason for the reference is that I think each of these mergers is happening for different reasons. Firstly, most of them are on the reinsurance not the insurance side. That’s because some of the best insurers in the world are some of the smallest insurers in the world and no-one is questioning their viability.

Reinsurance is different. You have third party capital coming in, clients asking for bigger and bigger limits and people trying to figure out how to do it. The ones that have failed to come up with an answer are looking to sell. That means there were sellers as soon as someone was inclined to pay what they were asking. I don’t know there are many more of those deals still to come.

When you look at say Catlin and XL, it’s not at all like that. Those are two viable businesses that believe the complexities, costs and risks of doing a merger are hugely outweighed by the advantages.

We’re very aware of what’s going on and observe it with great interest, but we’re not in the category of believing that there’s a party with whom we would be much better off. Therefore we carry on the way we are, but we’re always alive to opportunities. It’s perfectly possible we could make some modest bolt-on acquisitions that accelerate our organic development. That will be a distinguishing mark of Aspen: we don’t pay silly prices to achieve possible benefits, we pay sensible prices to add the things we believe will bring tangible value to our business.

How will Aspen Capital Markets engage more with these sources of capital?

From a small base, we’ve seen good growth over the last couple of years and I think that will continue. As a fund manager we don’t yet have a three year track-record, which is what fund managers consider as an eligibility threshold. When we do, I think we’ll see more rapid growth.

Most of what we’ve done has been related to cat business. I think there is still appetite among new investors for more cat risk. These investors are sophisticated, they’re price sensitive, and their cost of capital is lower than traditional reinsurers so they can rationally afford to be cheaper. I think these investors will be less affected by market dynamics. They will be thinking this is rather like a bond, it’s got a yield and if we can’t calculate that yield to be realistically achievable we have no mandate to be there.

The other area we look at is more the Hedge Fund Re concept, or to what extent would these or similar investors be interested in other types of risk. That’s an area of great interest and we’re putting a lot of work into it.

What are your expectations for the global economy over the next 12 months and where do you see the greatest returns for Aspen over that period?

We believe there are still major threats around the world. We’ve seen growth levels and unemployment figures in the US that are not very encouraging. Nevertheless, I think there are more reasons to be optimistic about the US economy than anywhere else we look. We don’t see an early return to high inflation as a major problem. An increase in interest rates is obviously going to come one day and when that does happen,  it has profound implications for the insurance industry, particularly for the life industry.

The European Union - other than the UK market - is a significant area, but it’s not a huge market for us. We’re very excited about the prospects in Asia Pacific and Latin America. Growth in some of those countries has stalled, but if you dig past the headlines there are interesting opportunities; Mexico, Colombia and Chile for example are all fundamentally strong.

Our growth rate in Asia and Latin America has been impressive and contributed around 20% of Aspen Re’s total premiums in 2014. MENA is quite a bit smaller for us but we’re doing a lot more and recently we’ve started leading business there and taking some bigger shares.

So I’d say on the reinsurance side, expect growth in Aspen Capital Markets, expect growth in Asia Pacific and Latin America and expect more stability elsewhere. On the cat lines it’s hard to predict because prices are continuing to fall and it’s unlikely we want to write more of that business. On the insurance side, while we are currently less advanced in Latin America and Asia Pacific than we are in reinsurance, we have a well-established international business as well as a US operation that is making good progress.

What developments in the news do you see as a threat or an opportunity?

Cyber is a significant development. It’s multi-faceted and how it affects insurance is not clear. It’s both a massive opportunity and a massive threat; the question is, whether the threat is bigger than the opportunity or vice versa.

Technology and disintermediation and Uber as a disruptor concept also remain key. There was a newspaper article recently about an airline and disintermediation. The airline said it pays many millions of euros to travel booking organisations every year and the paper pointed out that you could spend quite a lot on your own technology, build your own web presence and attract your own business. I don’t know about anybody doing quite that in insurance but I think we absolutely shouldn’t be thinking that it’s not going to happen.

Technology-driven new business models will threaten the broker model, which in turn threatens us as well. It’s an odd thing to say because Uber essentially says all those regulations that were put in place to protect the travelling public are not really needed - we can provide a more efficient cheaper service that’s also safe. And, in a lot of countries around the world the regulators have gone along with it.