John Glen MP: Strong yet flexible regulation causes a ‘conundrum at the heart’ of the industry

Biba 2021: As the industry slowly emerges from the FCA’s regulation storm and the UK government considers the evolving international landscape of regulation, officials will need to conduct “creative work” to make arrangements that will benefit both Britain and the European Union (EU), said John Glen MP, insurance minister and economic secretary to the Treasury.

Speaking as part of the opening keynote at Biba’s annual conference on 12 May 2021, Glen said: “We’ve got to never lose our integrity [or our] reputation for high standards and appropriate regulation. Any sense that we are trying to deregulate for competitive advantage must not be conveyed because it’s not where we intend to go.”

Considering the government’s focus on its relationship with European neighbours, he continued: “We’ve recently completed the technical discussions on the UK-EU Memorandum of Understanding [MOU] between the UK and our European counterparts and, once signed, that MOU will create a framework for voluntary regulatory cooperation in financial services between the UK and the EU.

“This will include a joint UK-EU financial regulatory forum, which will be a platform to facilitate dialogue and cooperation between the UK and the EU on financial services issues.

“We’re now considering how best to adapt our regulations to turn that vision into reality.” 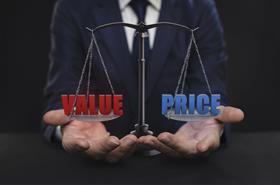 Read more…FCA’s pricing review – will it ‘level the playing field’ for insurance sector?

Glen said this will ensure that the industry remains as an “open and dynamic financial centre with the highest regulatory standards”, as well as “ensuring people are protected” as they use financial services.

He added: “There is a conundrum at the heart of financial services, which is maintaining a reputation for strong, sensible regulation, whilst also being flexible enough to adapt to changes in the market.

“Our aim with financial services regulation is to make it better tailored to the needs of the UK economy and how we can facilitate greater growth and innovation.”

During the first consultation of the Future Regulatory Framework (FRF) review, which ended in February, 120 UK firms were represented. Those contributions will reportedly inform a second engagement later this year.

Glen said: “We’ll be bringing forward a second consultation on the FRF review later this year and that will take account of these 120 representations and recognise the opportunities to recalibrate objectives.

“The Future Regulatory Framework review will look at how that dynamic of regulation setting and evolution works, how it’s going to be accountable to parliament and the relationship between the Treasury and regulators, so we need to make sure that it’s coherent and transparent, but also allows us to be responsive.”

As part of its work to ensure existing regulation is meeting the UK’s needs now that the country has left the EU, the government is also reviewing Solvency II. 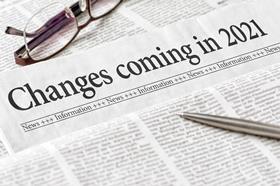 He explained: “As you all know, Solvency ll was designed with the whole of the EU insurance sector in mind. So, the review process will ensure the regulatory regime takes full account of the UK insurance sector’s own specific structural features and this country’s regulatory approach.

“This work has been guided by three objectives - the need to ensure a vibrant and prosperous insurance sector, the need to provide long-term capital support growth and the need to uphold high standards of policyholder protection.

“That’s the overarching approach that we’re taking and that will bear fruit because if we can get those dynamics and the relationship between the regulator, parliament and the Treasury right, we can be responsive to the sorts of changes that [Biba] and [its] members will wish to see.”

Glen added: “For 300 years the insurance industry and brokers have supported consumers and businesses through everything from shipwrecks to floods and now Covid-19.

”On every occasion, you’ve risen to those challenges and I’m quite convinced that this time, just as you’ve done in the past, you will not only help us weather this storm, but also play a significant role to lay the foundations of our recovery.”