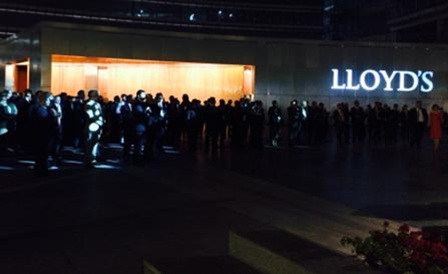 Last night Lloyd’s hosted a party to celebrate the opening of their new Dubai platform. With more than 500 in attendance, GR’s Sam Barker asked attendees how the arrival of Lloyd’s will help the DIFC and wider MENA insurance markets.

Nick Charteris-Black, managing director, EMEA market development, AM Best: “My answer is to draw on the analogy with what has happened in Singapore. Lloyd’s set up in 1999. They aimed to have 27 syndicates, but only two or three turned up. But it’s very much helped Singapore become a reinsurance hub. It was the catalyst for great things in Singapore. Lloyd’s is coming into Dubai later than Singapore but I think it will have the same impact.”

Mark Cooper, country manager, Lloyd’s Dubai: “The opening will bring in the operations of many syndicates and managing agents. That will allow these syndicates and managing agents to better explore opportunities in the region - and that’s underwriting success and credibility. Plus, the brand will drive and enhance a more internationally respected market. “Lloyd’s has arrived, so the Middle East has arrived”, as one man told me earlier. For us it is all about leveraging that experience but also recognising the immaturities in this part of the world.”

Carol-Ann Burton. consultant, Holman Fenwick Willan: “I think Lloyd’s opening in the DIFC signifies a turning point for the market. It becomes more recognised as a global hub for the insurance market and for the MENA region overall. I think it is a significant move for Lloyd’s. It demonstrates to the market that Lloyd’s is adapting to the changes in how we do business. The opening shows Lloyd’s opening its doors in a way that it hasn’t done previously in terms of territories, markets and capital.”

Joseph Kotran, MENA region treaty underwriting senior manager, Barents Re: “I think it is a very good idea that Lloyd’s has come here, because it is closer to the market. You get all the technicality from Lloyd’s shifting to here. There is better service in placing that risk. You don’t have that time difference gap, so placing the business will be more efficient.”

Sezi Meric, vice president, Lockton: “Lloyds is a brand by itself. I think it coming to the DIFC will give the country a better future, based in history. With experience in certain specialist lines it will definitely help grow the market.”

Dr. Bassel Hindawi: “It recognises the importance of the DIFC as a reinsurance hub for the region. But what is expected from the Lloyd’s performance here is capacity in very specialist lines, not just to go in with more of the same lines of business. I think adding depth and sophistication to the market requires bringing in capacity in specialist lines.”