Mexico takes a similar path to Europe with regarding solvency, and ultimately faces similar challenges 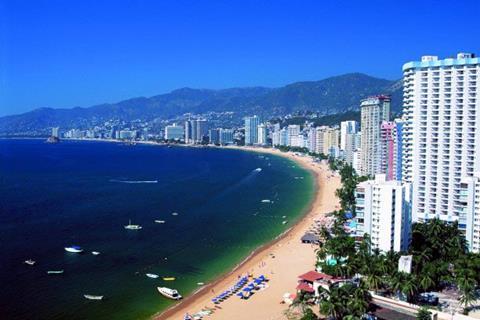 Mexico is leading the line when it comes to the adoption of Solvency II-like capital rules, as the country’s insurance supervisor aims to boost professionalism in a still underdeveloped insurance industry.

Since April 2015, Mexican insurers have had to implement a number of corporate governance and reporting measures to adapt their operations to the pillars II and III of Solvencia II, a risk-based supervisory regime inspired by the European directive of the same name.

In January, they also became subject to the norm’s capital and solvency requirements, or pillar I, which demands them to set up technical reserves according to the risks they hold in their portfolios, rather than to meet market averages, as it was the case before.

Solvencia II is expected to trigger some degree of consolidation and restructuring of portfolios in the Mexican market. It should also boost a more sophisticated use of reinsurance markets, as the new rules will reward companies who transfer their risk to a diverse range of reinsurers, with highly rated ones earning insurers extra points with the supervisors.

So far, however, the effects in the industry have not been dramatic, according to experts. For many companies, for example in the life insurance segments, Solvencia II should actually enable them to free up technical reserves as they adapt their businesses to the new rules.

“One of the goals of this policy in Mexico is that companies do not have to put aside more or less capital than what is necessary to cover the risks that they take,” said AM Best Mexico managing director Manuel Calderón, and the former vice-president at insurance supervisor CNSF. “For companies that implement good risk management policies and work with high quality reinsurers, the new model can even enable a reduction of their capital requirements.”

For example, he explained, under the old rules, insurers were required to retain a level of risks that was equivalent to the market’s average for each insurance line. With the new model, however, capital requirements will take into account the actual level of risks retained by each company. The change is demanding investments in training and technology, but should also pay dividends for companies in the long run.

“We can say that insurers have taken the new rules in a very positive way,” said Patricio Belauzarán, a partner at EY in Mexico City. “This year we will be able to see the real impact of the new rules. Insurers will have to strengthen their underwriting methods or to improve their risk transfer techniques, for instance via the reinsurance market.”

I believe few insurers will develop their own models. Most likely the larger ones or the units of international groups - Patricio Belauzarán

AM Best believes that the effort to implement Solvencia II will cause some companies to merge or to get out of some lines of business. But such developments are likely to be restricted to the smaller firms whose management has been a source of concern for regulators for some time already.

“The new regulation is raising the bar in terms of the professionalism of companies,” Mr Calderón said. “We can no longer imagine that a company can be managed by two or three people, which could sometimes be the case in previous years. Now insurers have to set up committees, to populate their boards. They will have to meet higher standards to remain in the market. It will not be possible, for example, to have the same professional making its investments and assessing the risks of those investments.”

According to CNSF, Mexico today has 102 insurance companies, despite low levels of insurance penetration in the economy, so there may be room for consolidation in the market. Mr Calderón sees small family-owned outfits as particularly likely to look for new sources of capital as the governance and reporting expenses begin to bite.

Foreign insurers occupy a prominent place in the market, amounting to more than half of premium volumes, which could help the implementation of Solvencia II. They are the most likely, for instance, to develop their own risk assessment models, as their mother companies in developed markets will be working in a similar direction.

At first, all Mexican insurers have to calculate their capital requirements using a standard model created by CNSF. The goal, however, is that, with the time, they end up employing models developed in house. Before they are authorized to do that, they will need to run both models at the same time for two years in a row to show CNSF that the home-made one is up to the job.

“I believe few insurers will develop their own models. Most likely the larger ones or the units of international groups,” Mr Belauzarán said.

Mr Calderón believes that, under the new regime, Mexican insurers will seed the grounds for the sustainable development of their businesses in the long run. In 2015, according to CNSF, premiums expanded by 7.3%, or 5.5 if the impact of the renewal of the massive bi-annual programme held by PEMEX, the country’s giant oil company, is taken in account.

Those are not particularly bright numbers in a developing, under insured market. But it does not look bad considering that the Mexican economy has performed below expectations despite a number of much praised economic reforms implemented by the government in recent years. Market players expect that changes such as the liberalisation of the energy sector will boost investments at some point, thus increasing demand for insurance too.

In any case, the financial situation of the industry does not appear to be a source a concern at the moment. According to Mr Calderón, Mexico’s reasonable levels of interest rates and the prudent management of currency risks by insurers have allowed the industry to maintain a healthy position despite the recent market volatility and the sharp appreciation of the US dollar.