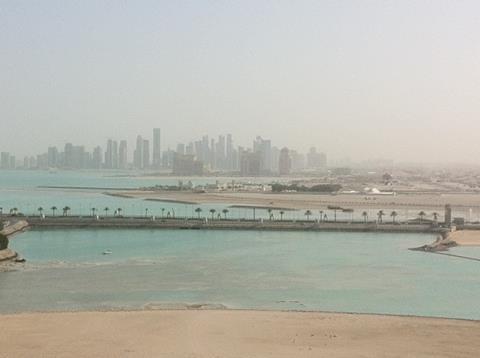 Insurers and reinsurers operating in the Middle East have reached something of an impasse. Reinsurers, stung by a steady stream of losses in recent years and inadequate rates are beginning to withdraw from underpriced treaties, particularly those where cedant partners are unwilling to retain much of the underlying risk. They are shifting their attention to more profitable facultative risks and selecting treaties that have better priced underlying business.

Meanwhile, insurers are opting to partner with smaller regional, start-up or Asian carriers that are keen to gain market share as they grow their presence in the market.

Swiss Re market underwriter for Africa and the Middle East Lukas Mueller says: “Clients have become much more opportunistic and short-term minded. In the past, we had long-term relationships in the treaty portfolio. Nowadays, many companies take a short-term view and change their treaty leaders just to save a couple of dollars here and there.”

He says: “Over the past five years, most big players, including Swiss Re, had to downscale [their involvement in treaty business] significantly, and some of them have even completely withdrawn from the region.”

The influx of capacity into the developing insurance market has not helped the situation. A series of start-ups in 2008 and 2009, including ACR ReTakaful, Al Fajer Re, Gulf Re, Saudi Re, Oman Re, Underwriting Risk Services and Q-Re, were to a large extent backed by local investors, with participation from international carriers such as Arch Capital and Talbot Underwriting. Ambitious Asian reinsurers such as China Re, Korean Re and India’s GIC Re have also moved into the market as they expand their geographical influence.

“At the moment, the vast majority of treaties are led by regional small reinsurers or companies from South East Asia, but it’s not sustainable because how long will they be on board, and to what extent can they take major losses?” Mueller says.

Intense competition has continued to exert downward pressure on pricing in spite of attritional losses from industrial fires, claims from weather-related events such as floods and hail storms and marine hull losses. Mueller notes typical claims have been below $100m, rarely depleting the full treaty limit in a particular programme, but with a steady frequency that has made re/insurers reassess the market.

Commissions paid by reinsurers have encouraged insurers to maintain low levels of retention. Most business is underwritten on a proportional basis, with up to 90% of the business reinsured. AM Best notes in its latest MENA report: “Some insurers behave like fronting companies … Transferring risks to reinsurers because they lack technical expertise and tend to be more risk averse.”

Typically in any emerging insurance market, reinsurers would expect to see a steady shift away from proportional covers to non-proportional excess of loss covers. At the same time they would expect their cedants to retain more of the underlying risk, which would be underwritten on a more profitable basis. Such signs of a maturing insurance market have yet to emerge in the Middle East.

There are, of course, exceptions. Some of the larger Middle East and North Africa insurers are gradually increasing their retentions in a bid to reduce reinsurance costs.

Best says: “Some insurers are progressively gaining more expertise in risk analysis and pricing, for example, through the appointment of in-house actuaries.

“There are other factors that could encourage greater risk retention. For example, reinsurers are increasingly introducing sliding scale commissions based on profitability. This encourages insurers to select profitable business – and be rewarded for it.”

One particular bugbear for Swiss Re and other international players in the market is the practice of placing facultative business into the local market on a facultative inward/co-insurance basis. Risks which are too cheap to be ceded to international players are instead shared by local insurers and then bundled into treaty programmes. The result, explains Mueller, is the potential for an unknown, and poorly priced, accumulation of risk.

“This is a double whammy for the reinsurance community,” he explains. “We are looking at ways and means to correct this current situation, which would help increase and improve the underlying business so risks would need to be placed at international terms and conditions, which are significantly higher than what is currently offered locally.”

The reinsurance markets of the MENA region are highly competitive. Reinsurers provide ample capacity to benefit from the region’s growth momentum. Between 2007 and 2011 direct non-life premiums in this part of the world expanded at an annual average inflation-adjusted rate of more than 7%, compared with 1% for the world as a whole. Although this means that demand for reinsurance is robust, the total available capacity is widely believed to have outgrown demand. Against this backdrop, the reinsurance purchasing behaviour of ceding companies is changing. This conclusion is suggested by regular executive interviews conducted on behalf of the QFC Authority and published in the latest Annual GCC Reinsurance Barometer in September 2012.

It is obvious that the current buyers’ market promotes an increasingly opportunistic reinsurance purchasing approach by regional insurance companies. Although some of the leading global reinsurers have deliberately shrunk their books of business in the region, aggressively priced capacity from new regions, Asia in particular, has quickly filled the gaps. Therefore, many local insurers do not yet value long-term and service-oriented relationships.

Capital relief continues to be the most important driver of reinsurance demand in the MENA region. This is quite similar to other rapidly growing emerging insurance markets. Frequently, local insurers’ capital levels do not keep pace with business volumes, making it almost necessary to resort to reinsurance. Capital efficiency, however, will not develop into a major buying motivation as long as risk-based solvency capital regimes remain the exception rather than the rule in the MENA region. Product-wise simple pro-rata reinsurance is by far the most popular option for buyers as it offers attractive commission income and can be managed with limited effort.