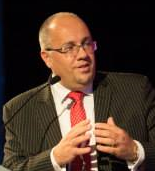 The aim of the contest aimed to provoke debate and intelligent analysis on the future of insurance in the MENA region. The competition was open to insurance and reinsurance professionals based in or doing business in the region.

Entrants were told that the essays should not exceed 1,500 words and could be written on one of the following three topics:

Each entry was then judged by a panel of experts:

After much deliberation, the judges chose the winner as James Portelli for his essay titled: From breakneck premium growth to sustainability and sanity: How market discipline can be strengthened

From breakneck premium growth to sustainability and sanity: How market discipline can be strengthened

Historically, the Middle East markets were spurred by economic development, but had little inherent insurance talent to service ensuing demand.

The talent gap was in part filled by expatriate employees and – to a greater extent – filled by reinsurers. Reinsurers assumed the role of capacity providers as well as providers of expertise. This created a status quo of:

- cash-rich reinsurers wanting to entrench themselves in a region viewed as the next booming market within the backdrop of a mature European and US market.

Collective behaviour creates a culture. The above created a culture whereby companies wrote as many risks as possible, reinsured outwards most (if not all) of what they insured and lived off:

A few decades later the economic playing field has changed dramatically. A number of crises came and went. But the collective behaviour of most regional insurers has changed very little.

Any market, not just an insurance market, is composed of three main players: buyers, sellers and a central authority. The role of each is clearly defined. The role of buyers is to maximise utility through effective demand, the role of sellers is to maximise profitability and that of the central authority (other than collectively also being the largest single buyer) is to regulate the market.

An insurance market is no different to any other market in this respect. It has more players because of the intermediaries between buyers and sellers or between sellers and their suppliers. It also has more players because of the nature of reinsurance and retrocession. But – ultimately – it is an intricate network of micro-markets all behaving according to the laws of economics.

In a competitive market the following rules generally apply:

1. There is no overt intrusion or influence from the government or central authority in the interplay of buyers and sellers. This is not the case – for example – with the authority exerted by certain central bodies, such as the Health Authority Abu Dhabi and Dubai Health Authority in compulsory medical insurance. Whereas a central authority (that is not the insurance authority) would stop at mandating insurance, these and other similar bodies exercise a much higher control. Furthermore, in the Middle East there is often not too clear a distinction between commerce and government office. This can create conflicts of interest or undue influence on what should otherwise be an independently operating market place;

2. Sellers are selling a homogenous product. While this is almost certainly true of reinsurers (who provide capacity), the varying levels of service delivery and competence of insurance companies generally differentiates the core product (i.e. indemnity in the event of a claim) that they purport to offer.

3. Buyers know and understand the product and are aware of what competitors are offering. This is increasingly the case with the proliferation of brokers and also the emergence of web-portals selling insurance and/or comparing premiums and cover for proposers. However it is not the case with for example, insurance wrappers offered by banks where what the client is paying and what he is getting in return isn’t always clear. Europe has distanced itself from these practices after a number of mis-selling debacles. In the Middle East these practices are still rampant. Insurance wrappers are not limited to bancassurance in the Middle East. Car dealers, finance houses and property movers are some of the other sectors unlicensed by insurance authorities but still offering wrapped insurance within the region.

The above, among other factors, suggest that the Middle East markets are more aggressive than they are competitive. Reinsurers behind regional insurers are on a competitive playing field and, at best, only make normal profits. But, by and large, insurance markets in the Middle East are imperfectly competitive markets.

Additionally the level of qualifications and competence of insurance staff within the region is still relatively low. The level of customer knowledge and education in relation to insurance is also quite poor. These two factors converge into one result, i.e. insurance in the region is sold on price. Insurers are more often than not very similar to other intermediaries in the insurance supply chain with the reinsurer/s being the ultimate suppliers. This has earned them the title, “reinsurance agents.”

When an insurer behaves like an intermediary it is only natural for revenue to become the primary business driver. Revenue dictates the level of reinsurance commission and the availability of cash for investment purposes. Historically investment returns and reinsurance commissions have been the main sources of income for several insurance companies in the Middle East. This has led to several anomalies including the creation of a regional reinsurance spiral to supplement capacity when rates were exasperatingly low or quality of risks impossibly poor. For regional insurance companies, inward reinsurance became yet another source of revenue which they, to varying degrees, protected under their automatic treaties. Ultimate reinsurers would then be hit a multiple of times by the same loss while the regional insurer would have earned reinsurance (or retrocession) commission by passing it on.

Reinsurance commission contributes to the net technical return of a company. Devoid of this, pure technical return from retained risk / premium would be miniscule for many of the regional companies.

This is not to say that reinsurance does not play an important role in the risk transfer mechanism. However, in using an insurance company as a reinsurance funnel, regional insurers are often pursuing a short term, opportunistic strategy and shrugging off their primary responsibility as risk takers.

The Financial Crisis: A ‘U’ Turn?

With financial markets crashing, several insurance companies in the Middle East experienced dramatic reductions in profitability because of the downturn in investment performance. This also helped expose how companies had largely ignored the performance of their core business as long as they were profiting from investments.

Some analysts believed that the silver lining to the crisis was that insurance companies will finally start behaving like insurance companies. Others, perhaps more cynically, predicted that as the dust settled on the debts and debacles exposed by the crisis, the industry would return to its old tricks. After all, several of the old dogs still ran the industry and one cannot teach them new tricks. By 2012, by patronage, grace or duress (under the guise of commercial considerations) earlier obligations started to dissolve and the insurance companies, along with the Middle East economies, once again started looking forward with optimism. Organically rich states, such as Abu Dhabi, Qatar and the Kingdom of Saudi Arabia continued to lubricate macro-economic demand within the region and such future events as the World Cup and the Expo 2020 fuelled further optimism. Now in 2015 rents and salaries are surging again, investment returns are similarly rising and insurance technical returns are again down. A softer 2015 reinsurance market also does not help. As a market we have learnt nothing from the crisis.

All of the above serves as a historical pretext to what is essentially a very short reply to a simple question, i.e., ‘how can market discipline be strengthened?’

If we look at the 2013 insurance results in the Kingdom of Saudi Arabia, we learn that almost all companies experienced a drop in their technical profits and around half of them registered a loss. Why? Regulators are doing what they should be doing, i.e. regulating the conduct of insurance companies, the adequacy of their reserves and, ultimately, policyholder protection. It isn’t rocket science. They are doing what they should be doing unfettered by interference, political or otherwise. In turn, this action has not only created the necessary reserves (and long term wealth) but also drove pricing of the more staple insurance products up to more sensible levels.

Other markets in the region with effective insurance regulation and supervision, such as Bahrain, Oman, DIFC and QFC are also more stable and more disciplined markets for very much the same reason. Sadly, the better-regulated onshore ones are the smaller ones when compared to other Middle Eastern peer markets. So, in the greater scheme of things, others do not see them punching above their weight. Actions by SAMA in Saudi Arabia have – on the other hand – resonated elsewhere causing some trepidation.

Goodwill among boards and management of isolated companies is not enough to instill discipline. In such environments ethics and discipline become a liability and succumb to the greenback. Enforceable, prescriptive regulation is required as a precursor, and later companion, of principle-based regulation for the market to behave cohesively in a disciplined matter. When that happens, reserving (i.e. quality of core products), long term profitability and consumer protection will all be strengthened and improved. Buyer, seller and central authority would all profit from a better behaved market.