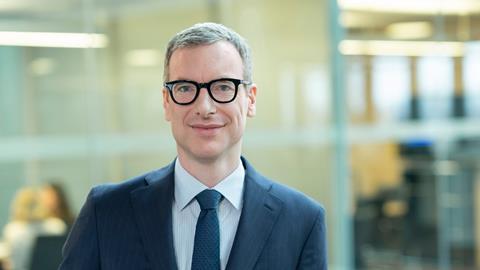 ”The pandemic has been testing our solidarity and self-discipline every day. The only way to really improve the situation, however, is a more rapid pace of COVID-19 vaccinations. We will do our part at seven Munich Re and ERGO locations in Germany as soon as our company medical staff is permitted to administer vaccinations. In business terms, we expect that the impact of the pandemic in 2021 will be limited for Munich Re. On top of the anticipated COVID-19 losses, there was an unusual cold snap in the United States early this year. We are nevertheless on track to meet our annual target of €2.8bn thanks to robust operating earnings. The April renewals confirmed that the market environment in reinsurance continues to be favourable, and ERGO’s strong results help boost the Group’s profit.”

Life and health reinsurance business generated a profit of €52m (8m) in Q1. Premium income amounted to €3,058m (3,079m). The quarterly result was affected by COVID-19-related losses of around €167m. The technical result, including the result from reinsurance treaties with non-significant risk transfer, was €51m (56m).

Major losses of over €10m each totalled €892m (1,181m). These figures include gains and losses from the settlement of major losses from previous years. Major-loss expenditure corresponds to 15.5% (21.1%) of net earned premiums, and was thus above the long-term average expected value of 12%. Man-made major losses declined to €247m (973m), including COVID-19 losses of around €100m. Conversely, major losses from natural catastrophes rose to €646m (208m), attributable primarily to losses of some €450m resulting from the US cold snap in Texas.

In Q1, loss reserves of €230m (224m) were released for basic losses from prior years, which corresponds to 4.0% (4.0%) of net earned premiums. Munich Re continually seeks to set the amount of provisions for newly emerging claims at the very top end of the estimation range, so that profits from the release of a portion of these reserves are possible at a later stage.

In the reinsurance renewals as at 1 April 2021, Munich Re was able to increase the volume of business written to €2.3bn (+17.1%). It was possible to tap into growth opportunities, especially with global clients and in Asia – particularly in Japan and India. By contrast, Munich Re once again selectively discontinued business that no longer met risk/return expectations.

Prices were up overall in the sectional markets, with increases varying in connection with the specific claims experience and situation in each individual market. Prices for reinsurance cover rose considerably in some places, including Japan. By contrast, prices rose only slightly in regions and classes of business with low claims experience, such as Europe. All in all, prices for the Munich Re portfolio increased by 2.4%. This figure is, as always, risk-adjusted. In other words, price increases are offset if the underlying risk has increased and loss expectations are consequently elevated. Similarly, changes are offset by the composition of different classes of business in the portfolio so as to make valid comparisons possible.

Munich Re anticipates that the market environment will improve year on year in the next renewal round in July, as was the case with previous renewals.

The combined ratios remain at a very good level, with a slight increase to 94.2% (93.4%) in Property-casualty Germany. Higher claims expenditure from man-made major losses was mitigated by a lower claims frequency associated with COVID-19, among other things, and by lower costs. The combined ratio for ERGO International improved to 93.8% (95.2%).

The Group’s investment result (excluding insurance-related investments) decreased to €1,691m (1,920m) in Q1. Regular income from investments fell slightly to €1,429m (1,544m). The balance of gains and losses on disposals excluding derivatives increased to €983m (377m). The net balance of derivatives amounted to –€368m (1,600m). The very good net balance of derivatives in Q1 2020 was attributable to hedging of the Group’s interest-bearing investments and equities, which gained significantly in value due to developments in the capital markets during Q1 2020. It was thus possible to almost entirely compensate for impairment losses and losses on the disposal of equities. As a result, the balance from impairment losses and reversals of impairment losses changed considerably to –€171m (–1,459m).

Overall, the Q1 investment result represents a return of 2.7% on the average market value of the portfolio. The running yield was 2.3% and the yield on reinvestment was 1.5%. By means of acquisitions in primary insurance and reinsurance – and aided by the positive market development – Munich Re increased its equity-backing ratio, including equity derivatives, to 6.9% as at 31 March 2021 (6.0% as at 31 December 2020).

The Group’s asset manager is MEAG. As at 31 March 2021 – in addition to managing the Group’s own assets – MEAG managed third-party investments totalling €64.9bn (69.6bn).

Munich Re anticipates advantageous business prospects in reinsurance in 2021. This is evident in the projected gross written premium in this field of business, which has been adjusted upwards from €37bn to €39bn and, in turn, raises the forecast for the Munich Re Group to €57bn. The other targets communicated for 2021 in Munich Re’s Group Annual Report 2020 remain unchanged. Munich Re is aiming for a consolidated profit of €2.8bn for the 2021 financial year.

All forecasts and targets face considerable uncertainty owing to fragile macroeconomic developments, volatile capital markets and the unclear future of the pandemic. As always, the projections are subject to major losses being within normal bounds, and to the income statement not being impacted by severe fluctuations in the currency or capital markets, significant changes in the tax environment, or other one-off effects.