Global losses from natural disasters in 2020 came to US$ 210bn, of which some US$ 82bn was insured. Both overall losses and insured losses were significantly higher than in the previous year (2019: US$ 166bn and US$ 57bn respectively). 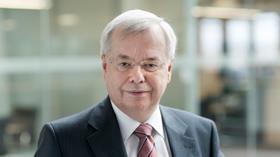 ”Natural catastrophe losses in 2020 were significantly higher than in the previous year. Record numbers for many relevant hazards are a cause for concern, whether we are talking about the severe hurricane season, major wildfires or the series of thunderstorms in the US. Climate change will play an increasing role in all of these hazards. Five years ago in Paris, the global community set itself the target of keeping global warming well below 2°C. It is time to act.”

Torsten Jeworrek, Member of the Board of Management

Overall, the uninsured portion of natural disaster losses in 2020 was around 60%. Once again, it was notable that only a small portion of losses was insured in the growing economies in Asia. The year’s costliest natural disaster was the severe flooding in China during the summer monsoon rains. Overall losses from the floods amounted to approximately US$ 17bn, only around 2% of which was insured. Insurance solutions either from the private sector or in the form of public-private partnerships could help to improve resilience, in other words the ability to return to normal life as quickly as possible.

Five years after the Paris Climate Agreement, 2020 continued the series of very warm years. The global mean temperature (January to November) in 2020 was around 1.2°C higher than pre-industrial levels (1880–1900) – just 0.01°C shy of 2016, the warmest year on record. The regions north of the Arctic Circle experienced a sharp rise in temperature more than twice as high as the average global increase. In parts of northern Siberia, there were extensive wildfires and temperatures of over 30°C.

Ernst Rauch, Chief Climate and Geo Scientist at Munich Re, commented as follows: “Even if the weather disasters for one year cannot be directly linked to climate change, and a longer period needs to be studied to assess their significance, these extreme values fit with the expected consequences of a decades-long warming trend for the atmosphere and oceans that is influencing risks. An increasing number of heatwaves and droughts are fuelling wildfires, and severe tropical cyclones and thunderstorms are becoming more frequent. Research shows that events such as this year’s heatwaves in northern Siberia are 600 times more likely to occur than previously.”

Of the ten costliest natural disasters in 2020, six occurred within the United States. The most destructive event was a Category 4 hurricane, Laura, which made landfall on 27 August near Lake Charles in western Louisiana with winds of 240 km/h. Hurricane Laura caused substantial wind and storm surge damage and triggered widespread flooding that extended far inland. Overall losses came to US$ 13bn, with insured losses of US$ 10bn.

The hyperactive season in the Atlantic was a result of a number of factors. Aside from unusually warm sea surface temperatures, in which climate change already plays a part, La Niña conditions in the equatorial Pacific also acted as a driver. La Niña is the cold extreme of the El Niño-Southern Oscillation (ENSO), and creates atmospheric conditions that promote the development of cyclones in the North Atlantic.

One striking feature of the 2020 season was rapid intensification before landfall – a phenomenon that has been observed in several landfalling storms in recent years. Also unusual was the strength of storms that developed towards the end of the season, typically when both tropical cyclone frequency and intensity start to wind down. Seven cyclones developed in October and November, five of which became hurricanes, including Iota, which was the last and strongest hurricane of the season, developing to a Category 5 storm in November.

Thunderstorms in the American Midwest

In the central United States, one of the year’s costliest disasters was a strong “derecho”, a fast-moving line of severe thunderstorms that swept across the US Midwest on 10 August, causing losses of US$ 6.8bn. Hardest hit was the state of Iowa, where several million hectares of corn and soybean crops were destroyed. The derecho was just one of the notable events in a highly active loss year across the country due to convective storms. Overall losses of US$ 40bn, of which US$ 30bn were insured, were significantly higher than in the previous year (US$ 30bn and US$ 20bn respectively).

Once again, a series of large wildfires raged across the western United States in 2020, including record-setting fires (in terms of area burned) in California and Colorado. Drought conditions, particularly across northern California and the Pacific Northwest, helped fuel dozens of large fires. 47 people lost their lives due to the fires.

As of the beginning of December 2020, California had recorded a total of 9,600 wildfires in the state. Although most of these fires were small and did not cause any damage, the severity and extent of the largest fires damaged or destroyed around 10,500 structures. The area burned by wildfire in the state was over four times larger than the 2015–2019 average, and individual fires in 2020 rank 1st, 3rd, 4th, 5th and 6th on the list of the largest fires in California since the 1930s.

It was notable that damaging wildfires occurred not just in California, but across the rest of the western US as well. Colorado saw its three largest fires, in terms of acres burned, in 2020. Wildfires in Washington and Oregon also set new records. In Oregon alone, about 4,000 homes were damaged or destroyed by wildfires, becoming one of the worst natural disasters in the state’s history. In total, losses from the wildfires in the western United States amounted to some US$ 16bn, of which US$ 11bn was insured.

In Asia, losses from natural disasters were lower than in the previous year, although summer floods in China represented the costliest individual event worldwide. Overall losses in Asia came to US$ 67bn (2019: US$ 77bn), with insured losses of US$ 3bn (US$ 18bn).

In the northern Indian Ocean, Cyclone Amphan, which made landfall on 20 May on the border between India and Bangladesh, was the year’s costliest tropical cyclone. Losses came to US$ 14bn, very little of which was insured. In developing and emerging countries, this event also highlighted the high insurance gap, something that repeatedly impedes economic development.

In the Northwest Pacific, tropical cyclone Haishen developed into the first super typhoon of the 2020 Pacific season. It initially skirted the southwest coast of Japan, bringing heavy rainfall, storm surges, flooding and landslides. On 7 September, it made landfall on the coast of South Korea. Overall losses came to US$ 1.2bn, of which US$ 0.8bn was insured.

In the Kyushu region of southern Japan, record rainfall at the start of July produced floods, landslides and mudslides. Dykes failed and a number of bridges were swept away. More than 80 people were killed and over a million had to evacuate the region.

Localised extreme losses – which are typical for the autumn season – were triggered by heavy rainfall along the Mediterranean coasts of southern France and Italy. Some areas experienced up to 400 mm (litres per square metre) of rain in the space of six hours. At the start of October, the border region between France and Italy received up to 600 mm of rain in one day. The resulting flash floods destroyed hundreds of homes, bridges and roads.

On 29 December, Croatia suffered its strongest earthquake in 140 years. The epicentre of the 6.4-magnitude quake was close to the small town of Petrinja, 50 km southeast of the capital, Zagreb. There was serious localised damage and according to media reports, at least seven people were killed. Thanks to the low population density of the area close to the epicentre, loss amounts are expected to be limited, although it is still too early for reliable estimates.

In March, an earthquake with a magnitude of 5.3 struck the region north of Zagreb. The epicentre was only 10 km from the city of Zagreb. Property losses totalled US$ 1.8bn (€1.6bn).