The body is scheduled to give its verdict on whether to approve Aon’s acquisition bid by 20 August 2021, dependent on the investigatory process.

The Commerce Commission was originally notified about the proposed transaction back in October 2020 – at this point, it raised preliminary competition concerns around the provision of broking and associated services for reinsurance and commercial risks to large or complex clients.

To mitigate these reservations, Aon indicated it would provide “a divestment undertaking under section 69A of the Commerce Act 1986”, which “would commit Aon to divesting certain parts of WTW’s business, both overseas and in New Zealand, to Arthur J Gallagher and Company (Gallagher)”. 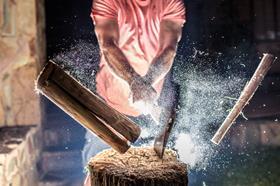 Aon’s proposed divestments for consideration are:

In terms of these overseas divestments, this includes the suggested sale of the below portfolios:

According to Aon and WTW, these divestments would tackle the commission’s concerns in three ways.

Firstly, the companies believe the divestments would ensure that the acquisition did not result in any aggregation in the relevant reinsurance market. Secondly, the deals would reduce the level of aggregation between Aon and WTW’s commercial risk broking businesses for large clients following the takeover and lastly, the divestments enable Gallagher to have “the necessary scale, expertise and global reach to allow it to effectively compete to supply commercial risk broking services to large and/or complex clients”.

“As part of its assessment, the Commission will be contacting a range of market participants to discuss the proposed undertaking.”

The European Commission has this month issued its approval of the Aon-WTW merger after analysing the proposed divestments.