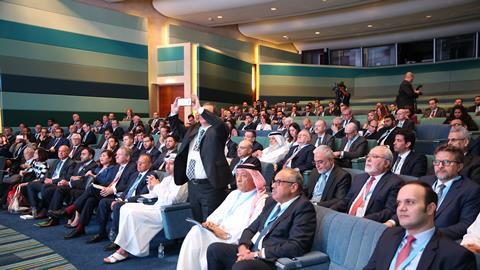 The Dubai World Insurance Congress draws to a close after two days of insight, engagement and challenging questions on this year’s theme of emerging risks and opportunities.

After an optimistic welcome from DIFC Authority chief executive Arif Amiri, we see the curtain falling in the same way, with the buzz of continued networking and deal-making after a jam-packed programme.

Day one focussed on emerging markets, emerging technologies and emerging customers and saw keynotes from industry heavyweights including Aon Benfield’s Eric Andersen, who set the ball rolling on the view that the current industry value chain was “inefficient” and outdated.

Lloyd’s chief commercial officer Vincent Vandendael mirrored this view in his keynote, stating that the industry should be moving towards working in ecosystems as part of his “evolve or die” sentiments.

As well as insight into new concepts, like RemitRadar’s Emil Griston’s view of the emerging customer, the near 600 delegates were also challenged throughout the day.

During the first panel discussion ‘Is 2018 the year of AI?’, Global Reinsurance group publisher Jack Grocott asked the audience how many were exploring the innovation – only two hands were raised. It was noted that digital processes would have received the same response 12 months prior at DWIC’s inaugural event and the growth in this area was telling for the attention that AI should potentially require.

The afternoon saw networking, meetings, and the (Re)insurance Labs, which included presentations from the likes of Trust Re, who offered an comprehensive overview of the Belt & Road Initiative.

Day two was launched – into space – by NASA’s aerospace engineer Dr Jeevan Perera, who explained how the federal agency navigated and managed risk. This fresh take offered firms with more service-driven initiatives an insight into how risk could be mitigated and, as well as catering for our risk manager contingent, offered potential areas of opportunity for consultancy for the more entrepreneurially minded.

A panel on the DIFC’s FinTech Hive, and a keynote from Scor’s senior digital advisor to the chairman Régis Delayat on B3i and Ruschlikon, continued the forward-looking theme of emerging risks and opportunity in a digital world.

The programme was capped off with the StartupLIVE event – five pitches from insurtech startups, each 5-minutes long. After questions from the esteemed judging panel, the audience live-voted Virtual I as the winner.