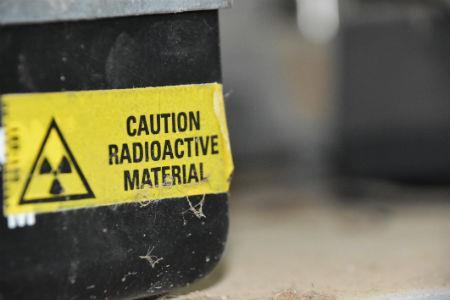 A radiological ‘dirty bomb’ could have long-lasting effects on buildings, leading to protracted property claims, according to new research by Pool Re.

The UK terrorism pool and the Nuclear Threat Initiative (NTI) have joined forces to research the risk posed by radiological materials.

According to Pool Re chief underwriting officer Steve Coates, the radiological materials being used in radiological dirty bombs could have detrimental effects on buildings: “The radiological isotopes that could be used in a dirty bomb would be absorbed into the fabric of the building, so the clean-up and decontamination element of an insurance claim would be complicated and very significant, and would probably endure for longer than a normal explosion claim.”

NTI vice chairman Des Browne explained that an isotope is a chemical element which can be stable in its atomic makeup, or unstable. The unstable ones omit particles that generate traces of radiation, making them radioactive.

Lord Brown added: “The [radioactive isotopes] can be used to irradiate blood for x-rays, and to kill any germs that may be in blood in the process of blood transfusion. The reason they’re not dangerous in that situation is because they are very controlled, and the actual isotopes are contained inside sealed containers.”

According to Browne, the use of one high-risk isotope is particularly prevalent in hospitals around the world, posing a significant terrorism risk.

Browne said: “An isotope called ‘cesium-137’ is used regularly in blood irradiation, and is probably in every blood irradiator in hospitals in the UK.”

This isotope poses a significant risk, because unlike a conventional dirty bomb which explodes and shatters leaving material that can be removed, cesium-137 which is dispersed in powder form cannot be removed once it has integrated itself into surfaces.

Lord Browne explained: “Cesium-137 has a half-life of about 30 years, and it reacts with concrete surfaces. You are in a position of having to remove these surfaces and deal with them as radioactive material – and possibly also lifting the topsoil.”

According to Lord Browne, a radioactive dirty bomb of this nature is less about destruction and more about disruption.

He said: “If for instance this powder is dispersed in the City of London. The challenge is not how dangerous this would be, because it’s probably unlikely that people are going to be exposed long enough to get cancer with the dispersion. However, no one will go back and work in a contaminated site until it is cleaned up.”

Lord Browne noted that this issue was much wider reaching than just the UK, with cesium-137 being used in hospitals around the world – often being held is poorly secured conditions.

“There is significant knowledge now that these isotopes are in thousands of sites across the world, and many of them are very poorly secured, simply because the people who use them do not realise the potential. They’re in 150 countries, and they’re vulnerable to theft.”

NTI believe there has already been intelligence to suggest that ISIS was actively gathering the isotope to form a radioactive bomb.

“There is now increasing evidence that terrorist organisations are interested in gathering this material, because they understand its potential. Islamic State has said for example that they are looking to acquire and use radioactive material in a dirty bomb, and in 2016 the Belgian authorities discovered terrorists monitoring an employee at a highly enriched reactor uranium plant that produced medical isotopes for large parts of Europe.”

Pool Re and NTI are currently working with governments around the world to have the radioactive isotope removed from hospitals.

“Our focus is on raising awareness of this and developing practical steps that can be taken to reduce the threat and risk.”

The two organisations also hosted a joint conference in early April for the risk and insurance sector, where the urgent need to reduce the risks associated with radiological materials was addressed.

A forum of this nature was paramount for the industry as, according to Pool Re’s Steve Coates, there is a shortfall in knowledge with regard to radiological terror risk.

“Radiological and nuclear are not generally underwritten perils in the UK and therefore there’s an information and understanding gap in the insurance market around those sorts of perils.

[Pool Re has] been covering CBRN – as have a number of the other global terrorism pools – since 2003, and in recent years we’ve engaged in a number of activities around CBRN to build our awareness and build our ability to model and price the risk.”

NTI, founded in 2001 with a remit to work to prevent catastrophic attacks with weapons of mass destruction and disruption (WMDD)—nuclear, biological, radiological, chemical, and cyber, was a natural fit for collaboration on the radiological risk agenda for Pool Re

Coates said: “We identified NTI as a group that could help us with the broader risk understanding. They have a very good reputation in this field so it seemed a natural thing for us to do.”