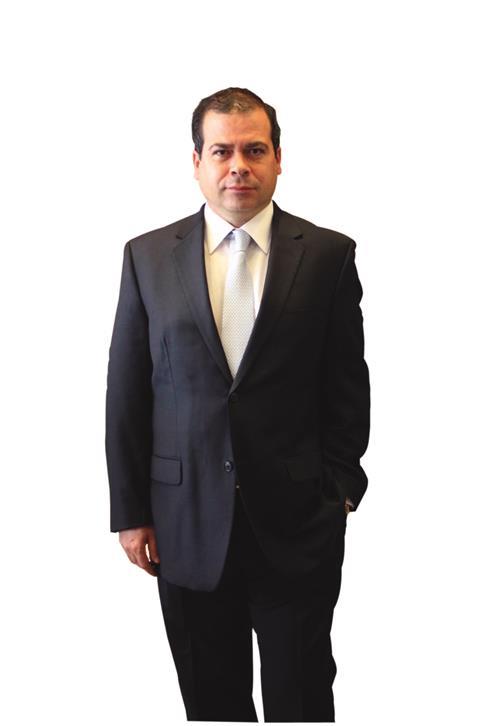 As chief underwriting officer of one of Latin America’s few home-grown reinsurance companies, Panama-based Barents Re, Gerardo Garcia is a formidable force in the reinsurance world. His expertise is wide ranging, extending beyond the scope of reinsurance into financial and technical realms.

Garcia is a champion of using his knowledge of setting up a local reinsurer to benefit clients in emerging markets outside Latin America, as well as of developing products to help Europe adjust to the new world of economic austerity after the global financial crisis.

Global Reinsurance spoke to Garcia at the annual General Arab Insurance Federation (GAIF) conference in Morocco to find out why he believes reinsurers should - or should not - invest in the Latin American region and what role governments are playing in assisting their countries’ transitions from emerging markets to established ones.

Q: How did you make a start in the industry?

A. Nobody sets out purposely to get into reinsurance and in my case it was an accident. I came in through the technical side. We did a joint venture for Latin America with [accounting and advisory firm] Moore Stephens in London, as they do business modelling for reinsurers. Coming from the technical side, it really helps a lot on the underwriting side of the business.

Q: What is the history of insurance in Latin America?

A. I don’t think there was a particular starting point in the Latin American market. I think what is happening now is because of the size of the market. Insurers are growing and expanding into new regions, just as European insurers have done.

What we have found with our expansion into emerging markets outside Latin America is that we can use our specific knowledge and know-how to help in these markets because we have already had to develop in our own region. It is not something that many of the European insurers are used to dealing with. We are using this knowledge to our advantage.

Also the financial crisis has helped us substantially because we are living in such uncertain times and where some European insurers have been downgraded [by rating agencies]. It is the opposite in Latin America because it is stable and growing.

‘Since the crisis people may not be willing to pay for an entire life insurance policy, but they may wish to pay for accidental death’

Q: What is fuelling interest in Latin America?

Take Panama as an example: it is a rather small market in Latin America, but last year it grew 30%. Markets in Latin America have single-digit growth. That is normal growth. Europe and the USA have really low rates of growth, and the pressure on rates is pushing the market down. Insurers there are looking for premium diversification within their portfolios. This is fuelling growth in our region.

The other reason is that some (re)insurers are very reliant on underwriters. Think of the size of the markets. Not touching Brazil, Mexico is bigger than all of MENA (Middle East and North Africa) put together.

Large Latin American markets buy and use a lot of reinsurance capacity from London. This is easier for them as they have a natural relationship, having done it through London for so long. Also, because the market is mature there is a culture for excess of loss and layered reinsurance structures.

Q: Why should insurers and brokers invest in the Latin American region?

A. I would say don’t come, because I want all the business! I don’t have to say anything because they will come of their own accord. (Re)insurers go after established market positions, so if a market grows and has positive results, they will come.

On the broking side, brokers have a position in Latin America, but the smaller brokers in London or continental Europe are beginning to move into the region. For example, RK Harrison has set up an office in Miami and is trying to make alliances in Mexico and elsewhere. That is definitely a trend we are seeing.

We can use our know-how to help in other emerging markets because we have already had to develop in our own region. It’s not something European insurers are used to’

Q: What do you think is holding back investment in the region?

A. I don’t think people are holding back, because Latin America is not like other emerging markets. They have been underwriting in the region for a long time and it is fairly open. I don’t think there is anything preventing them from coming. Most syndicates are writing Latin American business every day. The Latin American market is more mature than people think.

A. What happened in the financial crisis is that people began to cancel their insurance, both businesses and personal, at a rate that was astonishing. Traditional insurers in Europe did not understand that people might not be willing to pay what they were paying, but still wanted basic protection. This is where our expertise in the developing world, like Latin America, helps. They may not be willing to pay for an entire life insurance policy, but they may wish to pay for accidental death.

Our new product lines are being developed for countries that used to be rich. Simple, inexpensive products are a growing trend in some parts of Europe.

Established insurers are really missing out because they are too structured to be able to adapt to a changing marketplace. But it is increasing our business substantially.

Q: What role do various Latin American governments and legislative bodies play in helping or hindering growth for the insurance market?

A. Governments should separate banking and insurance. In Europe, they treat them as though they are the same. Overregulation is hindering the era of creativity and change, which should be a source of growth for insurers. This overregulation is the biggest impediment to growth, not just in Latin America, but also in Europe. In the case of Argentina, there is a very protectionist government that will really harm its own market.

In a way reinsurers have to be a little more risk averse, and be able to see the writing on the wall. Everyone is running towards Brazil and Argentina, but in my opinion they are going to get burned. And why is anyone surprised? Brazil will use international capacity as naive capacity - just as in Brazil’s surety and bond market. In one year it went from four or five players to more than 20, but the real rates went down 50%.

There is a herd mentality, and insurers are going in and buying into the market, and bringing rates down. But this is unsustainable.