Trump budget would cut crop insurance subsidies and could cap participation, according to Best’s News Service 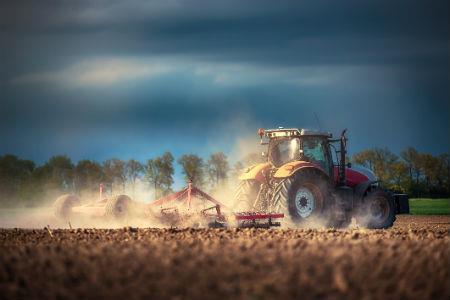 According to Klimko’s report, first published in wrote for Best News Service, the budget proposal would cap the premium cost subsidy at $40,000 per farm, said Kansas State University agricultural economics professor, Art Barnaby, an expert on farm insurance. Once a farm exceeds that threshold, the farmer would be responsible for all of the premium cost for any covered acres above that level.

Jen McPhillips, Independent Insurance Agents & Brokers of America vice president of federal government affairs, said the Big ‘I’ opposes “attempts to illogically limit farmer participation in the crop program and reduce resources for farmers to purchase adequate coverage for their cropland. Reducing participation in the crop program will change the premiums for all farmers because it will change the risk pool and increase costs.”

“The crop insurance program is a risk-management tool that shields taxpayers from ad hoc disaster payment,” McPhillips said. “Independent agents are uniquely skilled in the details of crop insurance and provide the most efficient and effective delivery of services to their customers.”

“Crop insurance plays a vital role in safeguarding our nation’s farmers and our food supply,” he told Best’s News Service. “NAMIC opposes making cuts to the federal crop insurance program, and will work with lawmakers to ensure they are aware of the program’s importance.”

The administration’s budget cut would amount to about $6 billion a year over 10 years, according to an analysis posted online by Barnaby. The government’s share of the cost of crop insurance premiums paid through the U.S. Agriculture Department’s Risk Management Agency is between $6 billion to $7 billion a year, the analysis said.

“A $58.7 billion cut over 10 years would nearly eliminate the government’s share of the premium cost,” the analysis said.

Trump’s budget would also eliminate the Harvest Price Option, which provides replacement coverage on lost production when prices are higher at harvest than what a farmer projected at planting. The $500,000 ceiling on a farm’s adjusted gross income for crop insurance eligibility is greater than the $250,000 AGI in previous congressional efforts to cut the program, Barnaby said.

“One wouldn’t expect the critics will get all of the changes they are asking for, but just one of these changes could upset the equilibrium in the insurance program and start the death spiral,” the analysis said. “The $40,000 limit on the government share of the premium or the elimination of the HPO will likely start the decline.”