Vying for a slice of the action 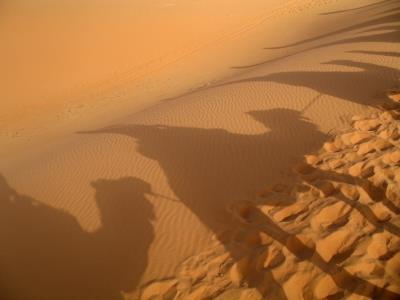 The Middle East (re)insurance market continues to capture the attention of international carriers despite softer than soft rates and attritional losses in recent years. (Re)insurers’ desire to diversify into non-catastrophe markets and the lure of the Middle East’s double-digit growth in the insurance sector, and its mega-projects and oil-based wealth, has meant a surge of capacity into the market over the past decade.

In stark contrast to the stagnant US and Europe, the Middle East market is projected to grow at a compound annual rate of 4.7% between 2013 and 2020 (see graph), owing to low insurance penetration, rising awareness and introduction of compulsory covers, among other factors. Nevertheless, the MENA continues to represent only a low proportion of global premium income (about 2.5%).

Major international reinsurers have grown their presences alongside regional start-ups such as Gulf Re, Saudi Re and Q-Re. An invasion from the east is also occurring, with reinsurers such as China Re, GIC Re and Korean Re moving into the market as they look to expand their geographical footprint. All this interest means growing competition and downward pressure on rates. While the premium pool is growing rapidly, the general feeling is that there is still not enough well-priced business to go around.

While the market is developing, there is heavy reliance on proportional treaty reinsurance, with many local insurers retaining little of the underlying risk. Stung by a string of fire, hail and other attritional losses in recent years, some reinsurers are demanding more risk-adjusted pricing or withdrawing their support. But there are plenty of eager carriers willing to take on poorly priced business to grow their market share.

The Middle East is considered a non-catastrophe market, making it an attractive place to offset some of the peak catastrophe risks on global reinsurers’ books. However, with two cyclones in Oman, several hail and flood events in Saudi Arabia and two recent earthquakes in Iran, which were felt as far away as Dubai and Doha, some carriers are reassessing their exposures in the market.

Some of the more desirable and profitable opportunities lie within facultative reinsurance, where big-ticket risks such as oil and gas projects and major iinfrastructure and construction projects - including airports and high-speed railways - demand substantial well-rated capacity from reinsurers.

In May, the Abu Dhabi executive council approved $1.5bn of infrastructure projects, including work on Khalifa City, the Sheibat Alwatah Housing project and the Zayed City-Ghayyath highway and cultural projects including the Abu Dhabi Louvre and the Guggenheim museums.

It is pushing ahead with a $90bn five-year spending spree on housing, schools, infrastructure and leisure projects.

Battle of the (re)insurance hubs
The capital of the UAE is also going head-to-head with its sister city Dubai by creating a financial free zone on Sowwah Island. This could present direct competition for the Dubai International Financial Centre (DIFC), which has become an important hub for foreign (re)insurers building up a local presence, not to mention the Qatar Financial Centre (QFC) and Bahrain Financial Harbour. Political unrest during the Arab Spring has undermined some of Bahrain’s position as an insurance hub for the region.

Asia Capital Re is the latest reinsurer to receive a licence to operate from the DIFC (on 1 April 2013). To date, there are nearly 50 active DIFC-registered insurance organisations, including insurers, reinsurers, brokers and advisory firms. In 2012, Royal & Sun Alliance Insur­ance and Standard Life International
registered with the DIFC.

Mahesh Mistry, director of analytics at AM Best

‘The Middle East has many opportunities for reinsurers, particularly those seeking to move into countries perceived to have low catastrophe exposure. Regional reinsurers that limited exposures to niche segments performed strongly; those that diversified globally experienced catastrophe losses.’

‘Between 2001 and 2010, non-life insurance penetration as a percentage of GDP has moved from 0.7% to 1%, against a 1.3% average for emerging markets. It has remained low for a number of reasons, including that there are few compulsory insurance classes.’

Christian Kraut, chief executive for MENA and Africa at Munich Re

‘Countries such as Saudi Arabia, Qatar and Abu Dhabi are planning major investments in the coming years, for example, the 2022 World Cup in Qatar, railroad projects and oil and gas business. There is the need to establish a legal framework that creates an environment that fosters a healthy insurance industry.’