When do insurers need to charge themselves VAT? 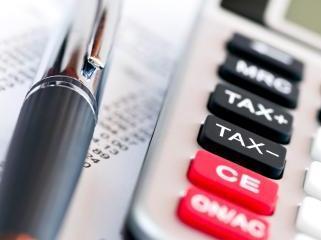 The case found that when a company’s head office supplies services from a third country to its branch in an EU member state, and the branch belongs to a VAT group, that the firm must charge itself VAT on those services.

For most insurers in that situation, this decision means they will incur an additional VAT charge that they are generally unable to fully recover.

In Skandia America Corporation (USA), filial Sverige v Skatteverket (Case C-7/13), the ECJ decided that supplies of services from a head office in the United States to its branch in a member state are subject to VAT when the branch belongs to a VAT group.

The Skandia head office in the US, Skandia America Corporation, purchased IT services from an external service provider for its global operations; including for its branch in Sweden. As a branch, the Swedish operation is legally considered to be the same legal person or entity as Skandia Corporation in the US. The branch is simply an extension of the Skandia America Corporation. A branch is to be distinguished from a subsidiary, which would be treated as a separate legal entity.

The Skandia Swedish branch was part of a VAT group in Sweden. Member states may allow VAT grouping which permits companies under common control in the member state to be treated as a single taxable person for VAT purposes.

As is normal for many global corporate groups, the provision of services by a head office in the group to other companies within the group, and indeed to its own branches elsewhere, would be charged for so that each company and branch could maintain its own profit and loss account. This division of head office costs between subsidiaries and branches in this manner is a standard arrangement.

Until the Skandia decision, it was widely assumed that transactions between a head office and its branches were outside the scope of VAT (because they were part of the same legal entity) including where the branch was a member of a VAT group. So, on that basis, the recharge that Skandia America Corporation made to its Swedish branch should not have attracted VAT.

But, the ECJ, going against the opinion of the Advocate General, held that the supply was made to the VAT group to which the branch belonged, rather than to the branch itself. In most cases, this will mean that the VAT group will be required to account for VAT on the receipt of the supply in its own jurisdiction. This creates a VAT cost where, as is the case with most insurers, input VAT is not fully recovered.

While the case involved the Swedish rules, a judgment from the ECJ applies in all member states.

While the facts of the Skandia case related to recharges made by the head office to the Swedish branch for externally purchased services, the judgement is not so limited and, arguably, applies to services generated ‘internally’ by the head office (like R&D) and recharged to the branch. Further, the ECJ did not consider the position where a head office in a member state (as opposed to a third country) provides services to its branch in another member state (or vice versa). These also will likely be subject to VAT where the branch or head office belongs to a VAT group in its member state.

Unfortunately, the ECJ did not grapple with how supplies between a head office and its branches should be valued for VAT purposes. Given that they are part of the same legal entity, contracts will not normally be in place between them and it may be difficult for a business to determine the correct amounts for any internal invoices if this is the basis for the charge.

Where neither the head office nor the branch belongs to a VAT group, transactions between them will continue to be outside the scope of VAT.