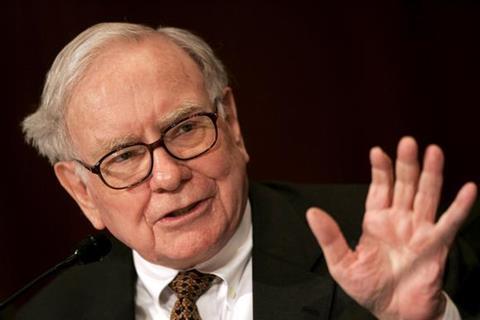 The losses were driven by Berkshire Hathaway Reinsurance Group, which recorded a $411m underwriting loss for the most recent period (Q2 2014: $9m loss).

This shortfall included a $137m underwriting loss from the group’s property and casualty arm.

The firm said $115m of losses came from a storm in April, while foreign currency transaction losses hit $167m during the period.