Chris Pleasant: "You have to pick your targets carefully" 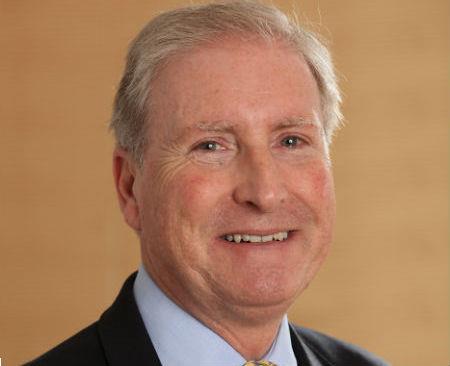 What are the opportunities to develop in the Middle East at the moment?

We’re certainly seeing new areas of coverage achieving some traction in different territories, either due to regulation or just through general awareness of those classes of business. Companies that haven’t really explored the Middle East are realising that the amount of business that they are seeing in London or elsewhere is diminishing very quickly. We now have a very well established market, primarily out of the Dubai hub; so if you want to generate revenue from the territory, particularly on the large facultative or specialty liability lines, it’s important to be based somewhere in the region. We’re still seeing companies establishing operations in the region. For most organisations, if they’re not in the Middle East it raises the question of why that gap exists in their geographic portfolio.

However, you don’t have to dig very deep to discover there is substantial over capacity, both at the insurance and reinsurance level, and as a result rates are continuing to suffer. In addition, not only has pricing come under pressure, but we’ve also seen a number of large risk losses and some catastrophe events. As a result, the premium base is now considered insufficient to support the level of claims that we’ve seen, certainly over the last two years, because there is this preponderance of large single risks, and therefore large values exposed. Companies are not coming into the Middle East from a reinsurance perspective to write a substantial book of proportional treaty business across the region, instead they are looking at more specialist areas.

The MENA region has been described as an emerging market, but the Middle East, aspect of the region could definitely be described as moving into the developing state. What would you say could be a logical path for growth for the Middle East as an entity?

I think we’ll start to see the gap closing due to new media and social media. In Europe and the US, we have not yet seen social media being used extensively to sell insurance. However, I think that because the Arab world is just as tech savvy as the rest of the world, that as we see the internet being used increasingly as a means of selling insurance, the Middle East will catch up to some degree. I think that the Middle East will adapt to that quite quickly.

Most companies are looking ahead. We’ve seen companies in the Middle East carefully selecting those territories that they want to expand into. People are being cautious about which countries they look at. For a while, companies have been seeking to establish an office or a branch in every country across the region, but I think people are becoming increasingly wary about stretching their head office resources too thinly to try and achieve a consistent level of control and professionalism across their operations. People are looking for expansion, and into Sub-Saharan Africa as well, but there are a lot of countries and you can’t afford to establish an office in every single one. So you have to pick your targets carefully and try and move forward that way. But I think we’re still seeing people moving into the Middle East from a reinsurance perspective, to write in a relatively modest way whilst waiting for the market to turn up.

Where would be a logical kind of direction for yourselves, Guy Carpenter to explore? Do you have any kind of plan or thought on SS Africa?

We have a very large office in South Africa, and are moving up from the South. At the same time, we’re looking for opportunities working down from the North. An obvious route would be to think about a number of hubs, specifically in Francophone West Africa, which is a very distinct area compared to the English-speaking countries. You have to work out which countries fit together and which you could amalgamate under one regional office. So it’s something that we’re actively reviewing.

So whether it’s the Middle East of SS Africa, the hubs are going to play a very important part in enticing, or continuing to entice international players where we are having a very soft market and rates are reducing year on year?

Yes, those that have been in the Middle East for some time, whether they be insurers, reinsurers or brokers, are looking to see if there’s a way of stabilising and expanding their portfolio without being wholly dependent upon the very competitive pricing in the GCC. I believe a lot of companies in all parts of our industry are looking at expansion and you’ve got to pick a location where you can make the biggest impact. There’s plenty for us to do there as there are around 27 countries and we’re very light in some of those countries.

GAIF is a great place if you’re thinking about which clients and which countries you should be trying to make contact with, it’s an ideal opportunity to go and meet everybody. You can touch base with existing clients and share news in both directions about what’s happening ahead of the upcoming 1 July renewal season. You can also establish a point of contact for potential new clients from across the region.

What does the year ahead hold for Guy Carpenter in the region?

We have set a really aggressive budget for our office in Dubai, which is primarily a facultative resource, but we’re looking to expand that into treaty business through there as well. Once we have achieved the current budget, we’ll be looking at opportunities for further expansion. We’ve also recently hired a new team member, and we’re looking for further hires for the Dubai office as we look to boost our activities; while in London we’re also looking to recruit at the moment to expand the Middle East North Africa team there.

It’s becoming a region where the margin is increasingly difficult to achieve for insurance companies, because of the competitive nature of the market, and therefore the cost of the reinsurance and the structuring of the reinsurance becomes more important. So we’re seeing more opportunities to bring to bear our actuarial and modelling skills, and market expertise to develop ‘smarter’ reinsurance programmes, and in some instances that involves bringing together more classes into one programme, which obviously reduces the amount of retention. We see numerous opportunities to work with our clients in the region to help them secure a more profitable future.